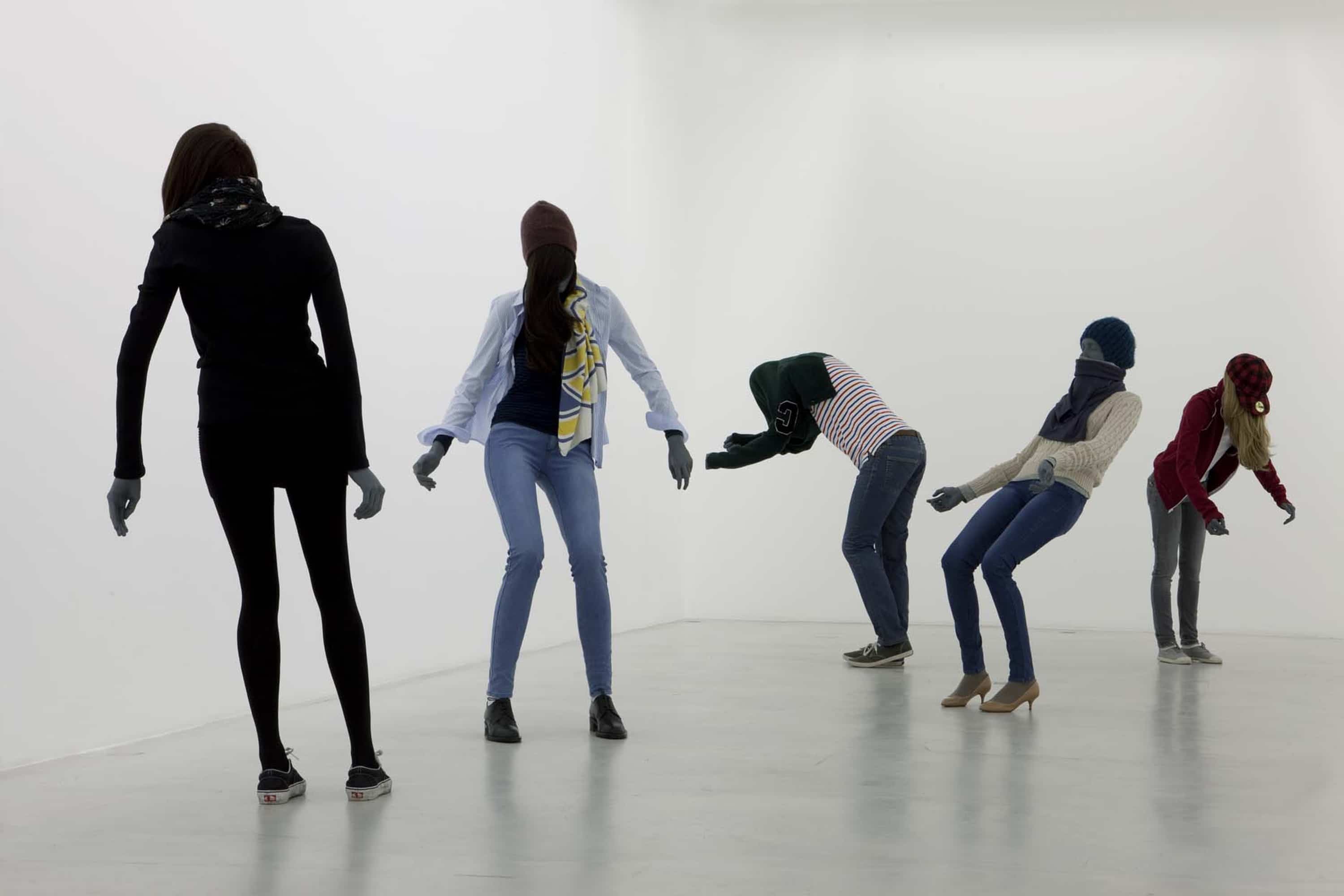 The backflip, a free-style figure, provides an opportunity to check one’s absurd control over landing, since, before coming down, one has had to leave the rational space of equilibrium in order to find another space, that of blind rotation. Can we imagine the world turning itself inside out like a glove? Is there a body, human or animal, that does not sometimes feel a light-headed need to throw itself head over heels to enjoy that experience of reversal? It is the ultimate fantasy of conquering earthbound space.

In the exhibition Backflip, every sculpture on display is grounded on the floor but seems about to be detached from it, to go beyond functionality, outside gravity, with a suggestion of doubt about the weight of things or like a story on a loop, that never comes back down to earth.

Daniel Firman develops his privileged interest in the body by exploring the laws of physics with a kind of logic identical to the backflip, first acrobatic trick realized in weightlessness (Jenny, 2011).
The time seems to have suspended figures in action, congealing them in their choregraphic gesture. They testify of past performances like photographs of « what was » or like 19th century moldings on nature of the anatomy of the human body (on walls of the gallery, bronze hands and wrists containing secret objects remind us of this process).
With Rotomatic, Daniel Firman makes a machine turn on itself at the rhythm of its washing cycles. The fall of a granite plate on a freezer (evocation of Bertrand Lavier’s proposal that Daniel Firman had already hijacked with Chute Libre, in 2007) operates a dilation of time.
More weight, a bronze chair, imitates the lightness of polystyrene material playing on with mimesis. Finally, a bronze fireplace, an archaic and archetypal pattern, encourages pondering. Le Feu also sends back in a more psychic and symbolic way to the stability of things throughout the ages. 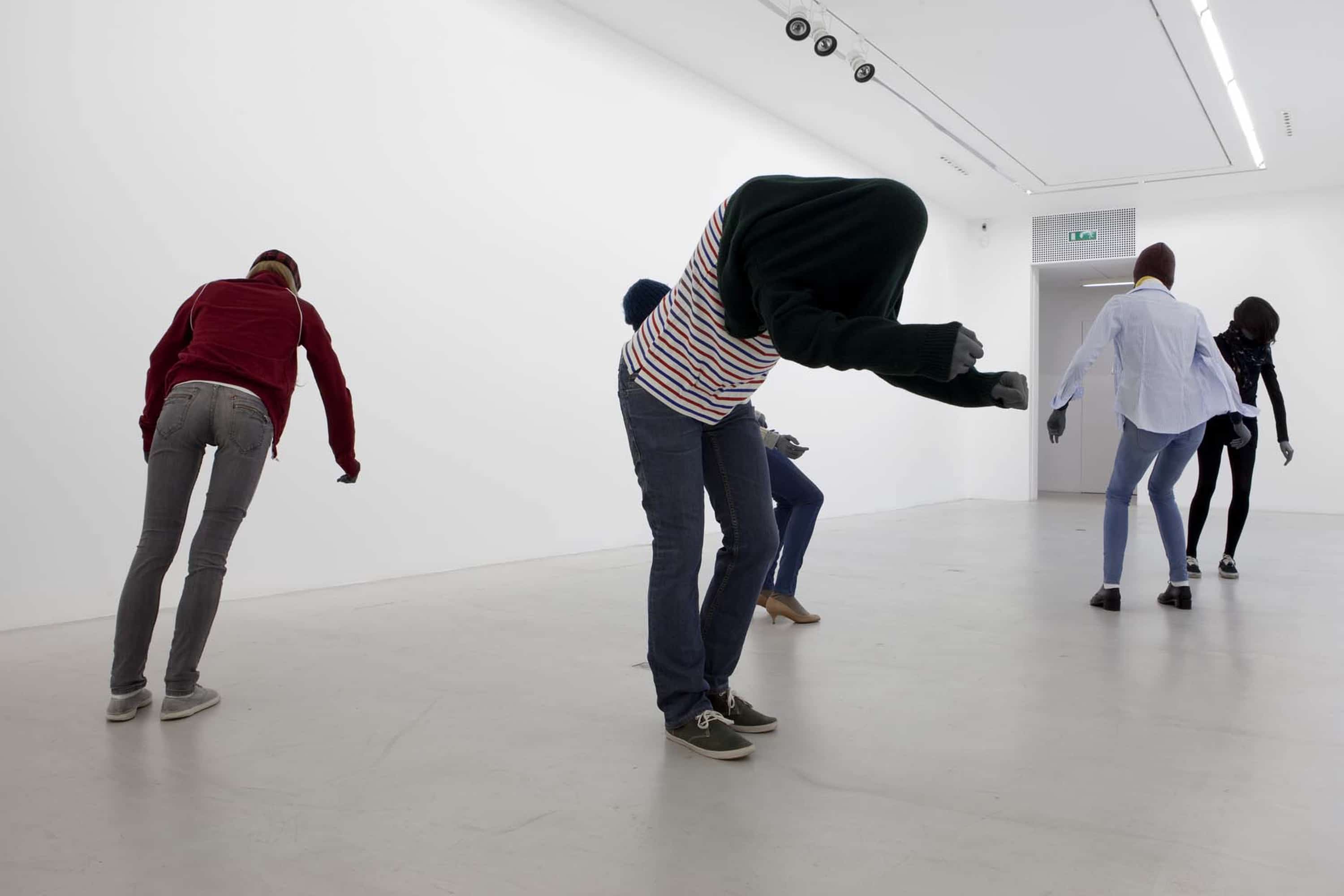