The very first sculpture Daniel Firman made by moulding his body, Gathering (1999) was initially a performance in the course of which Daniel Firman accumulated a great number of objects in a pile on his body. Then the performance was turned into a sculpture series, as a memory of the experience. Often, Daniel Firman’s sculptures arise from a gesture, a process or a performance.

Figures carrying easily identifiable objects, the Gathering series relates to a text by Rudolf Laban which distinguishes between the two ancient actions of Scattering and Gathering. These are two constant gestures that we’ve been performing since the beginning of time ; « Gathering » is the gesture coming toward the body, and « Scattering » is going away from it. Both gestures are connected to breath, to dance and to the relationship of the body with its immediate environment.

With his Gathering sculptures, Firman manipulates objects, combines them and fits them in one another. The body acts as a magnet, it gathers tools around it (as a continuation of its limbs), which allow it to model the surrounding world. Thus, every work is connected to a specific environment translated by the typology of the collected and gathered objects. Accumulation preserves the dimension of disorder, chaos even, and if some kind of order is suggested it is only by the fact that the body is there carrying this disorder and conferring on it a simple structure that we might call « carrying ». 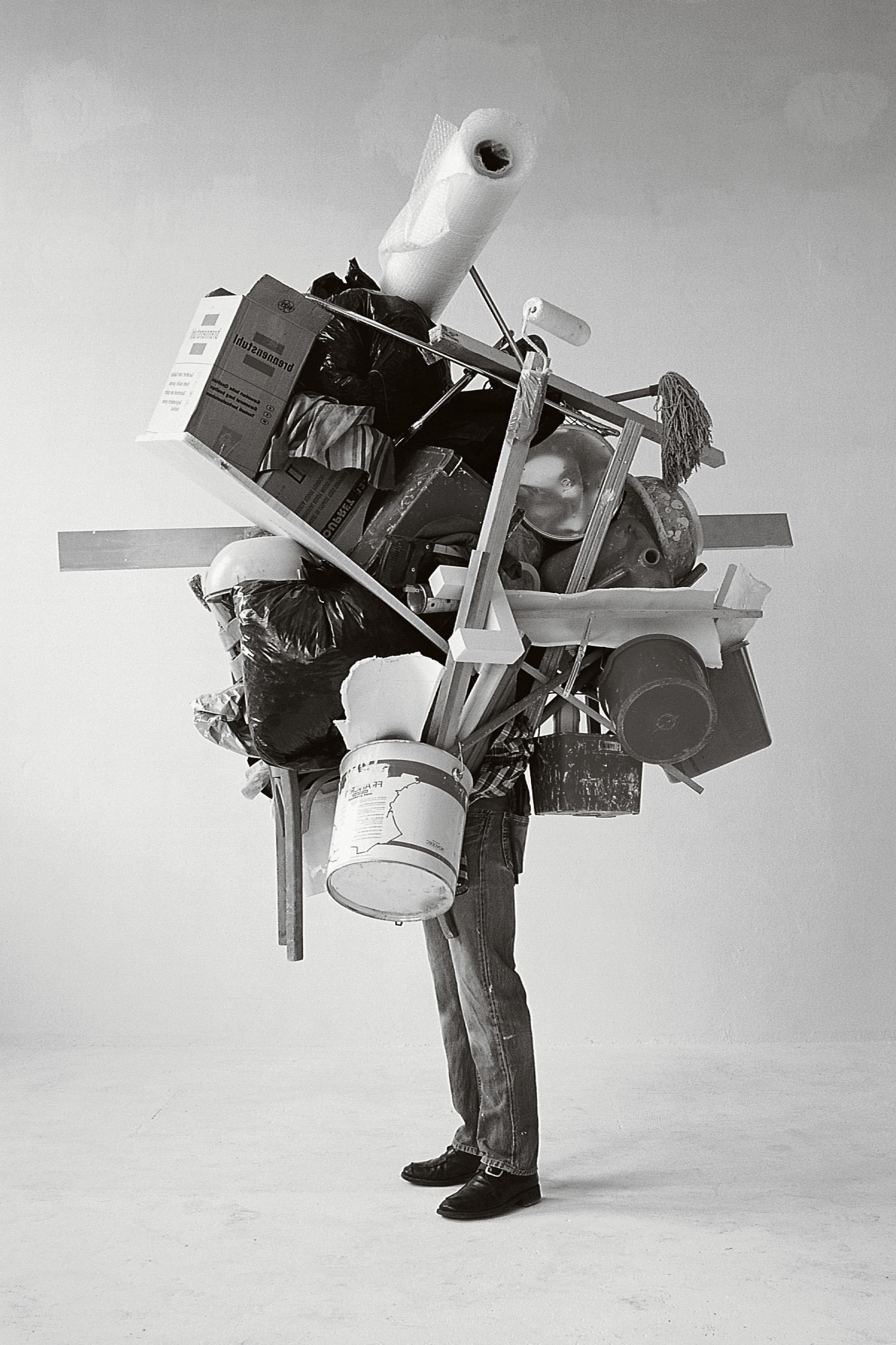 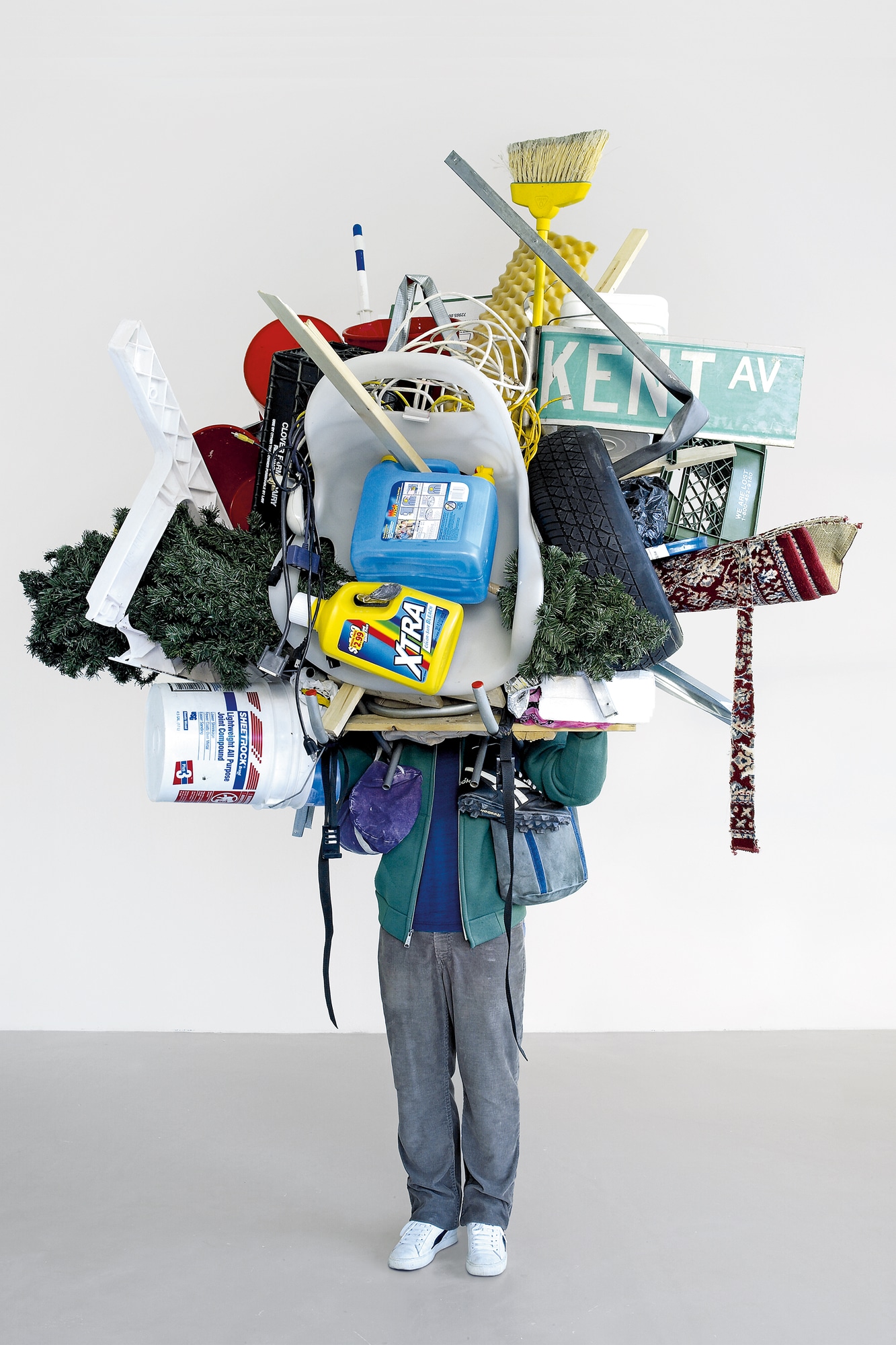 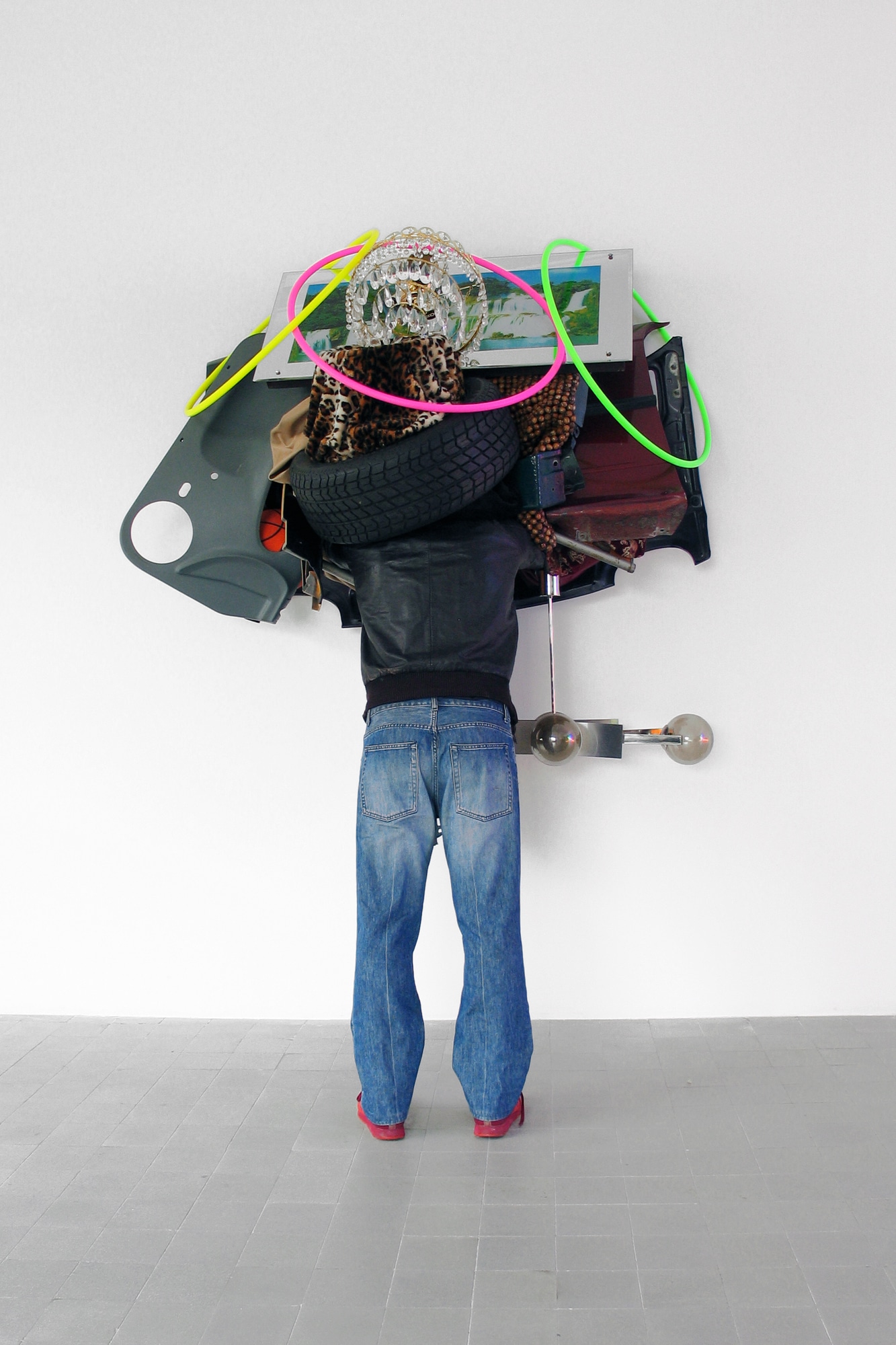 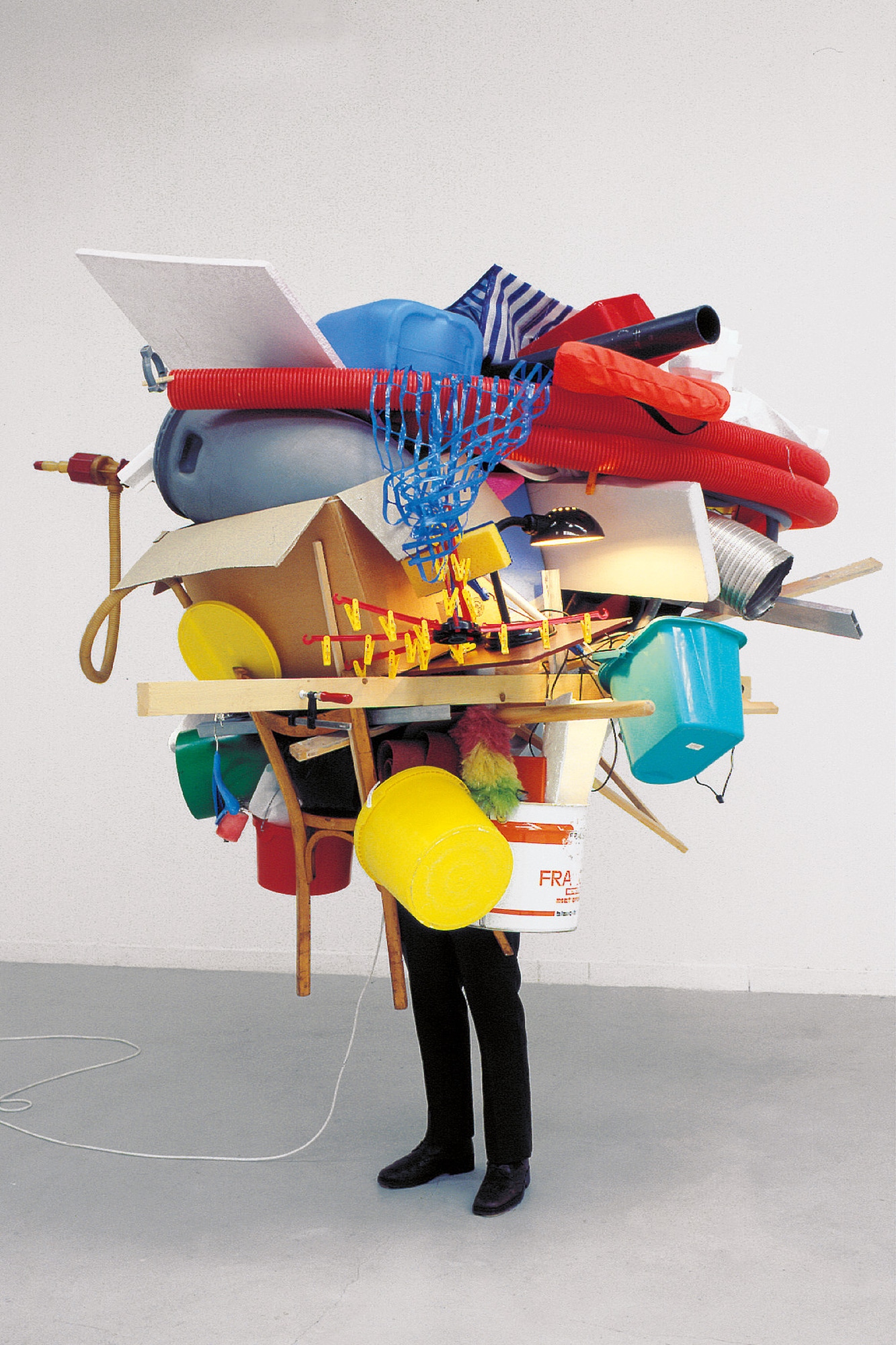