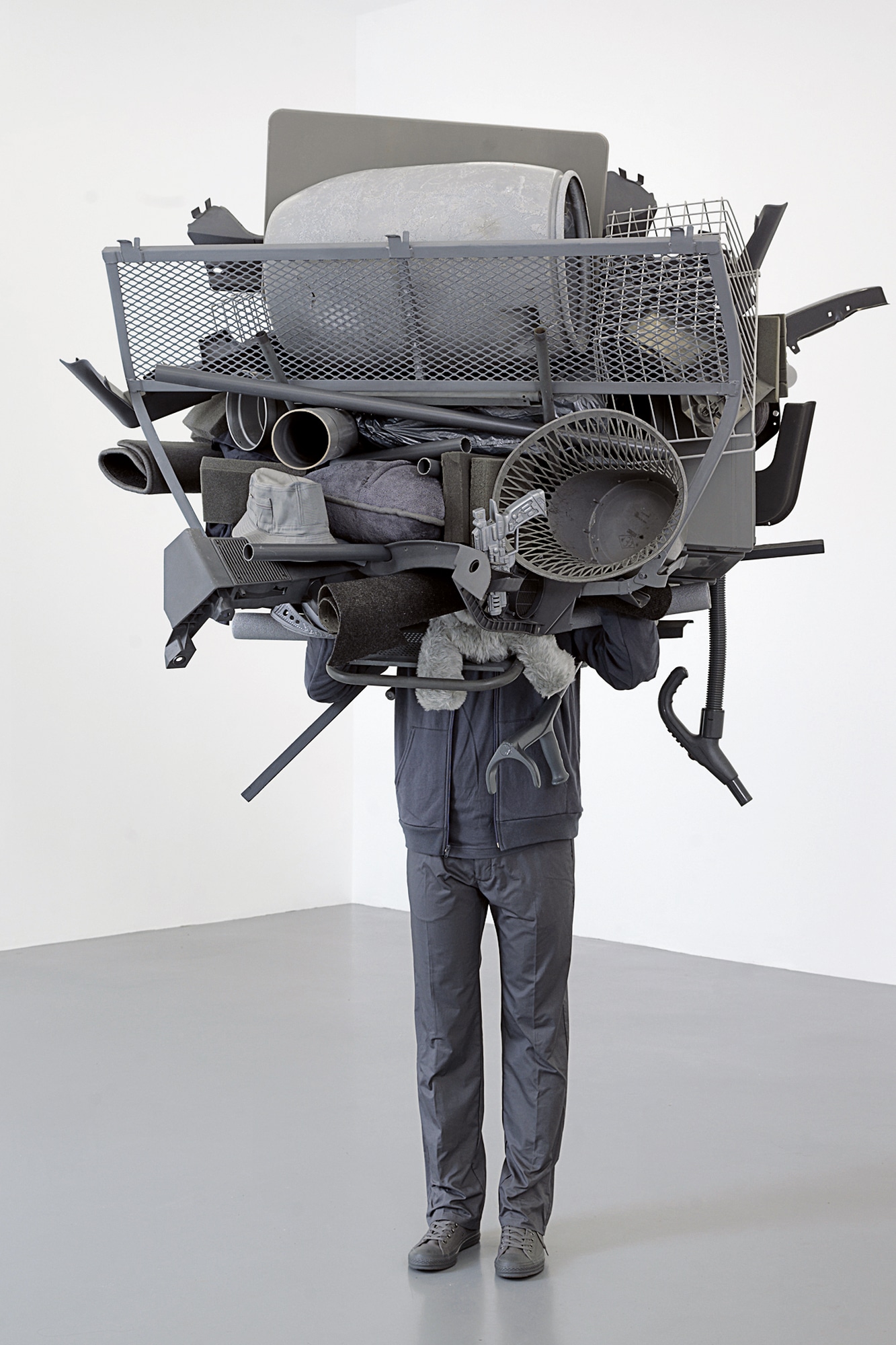 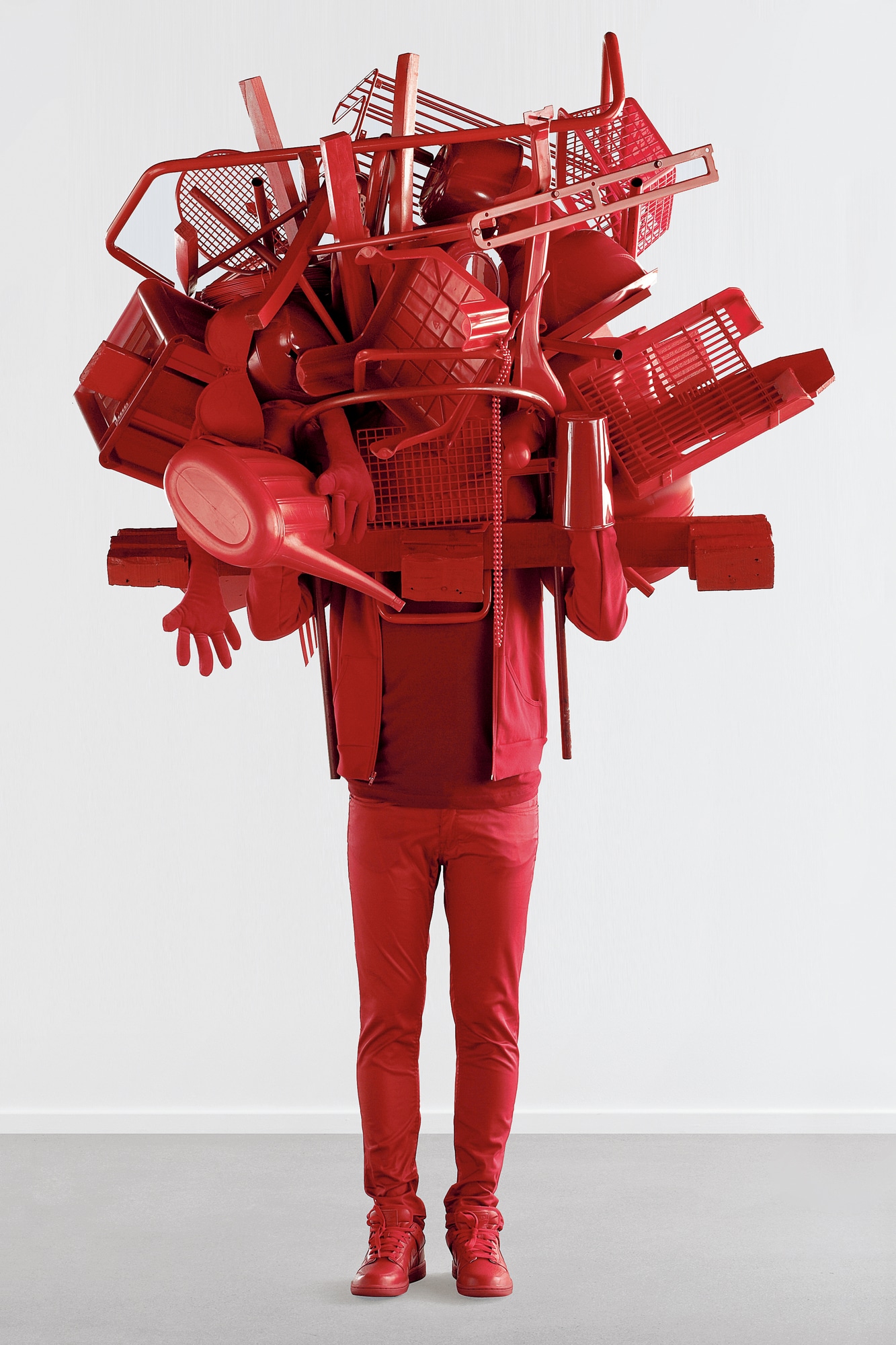 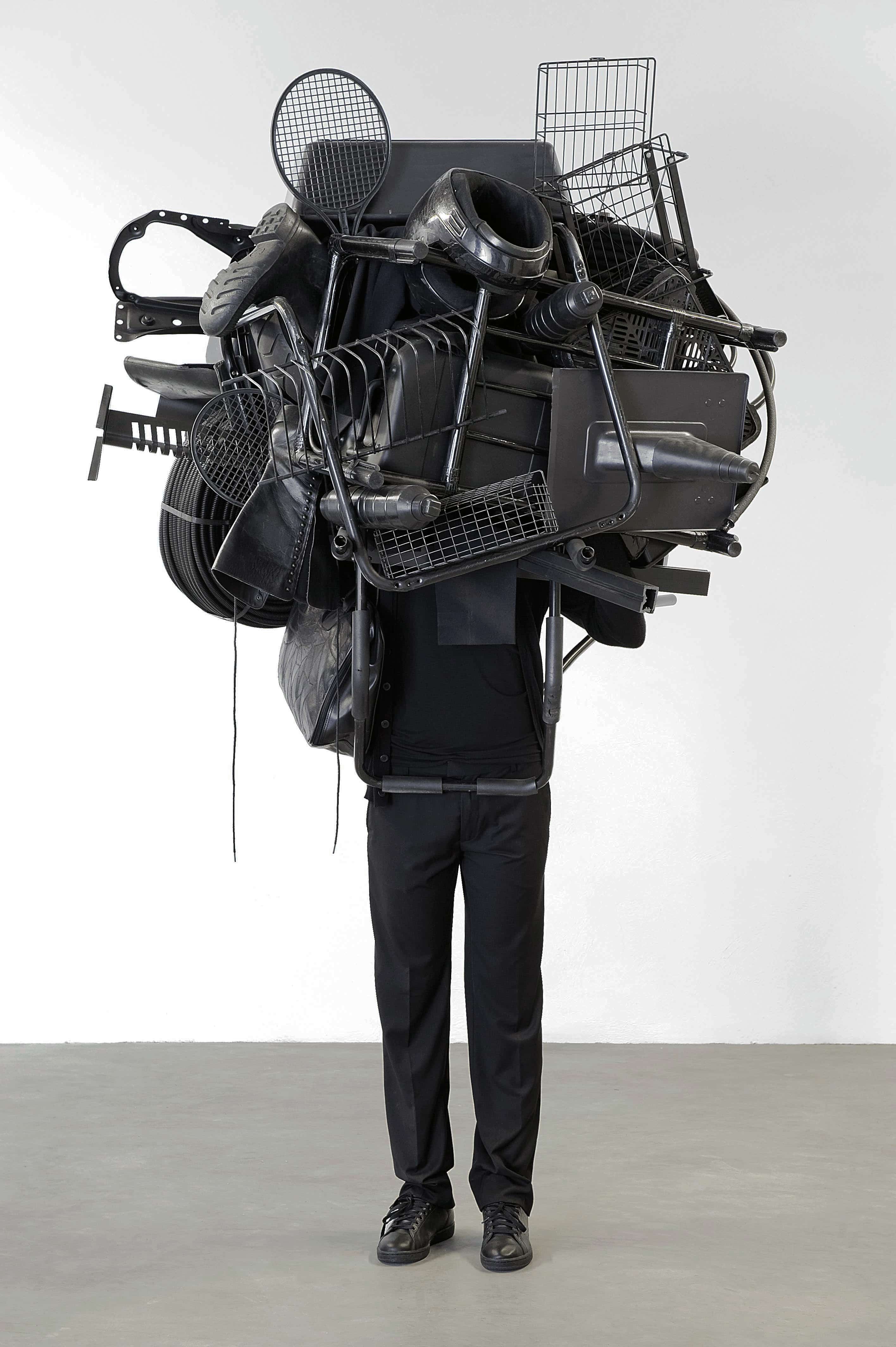 As every Gathering sculpture is unique and tells its own story through the selection of objects and clothes Daniel Firman made, the 3 Monochrome Gatherings distinguish themselves by a chromatic bias. Indeed, the selection of objects and clothes answers only one rule, the rule of monochrome colour. Daniel Firman specifically chose red, grey and black for their materiality and their metaphysical power.

In the theories of colours, red is the intensification of all other colours, which makes it a powerful color of accentuation, whereas black is more a material than a colour, because it can exist only by mixing all the colours of the colour wheel. Red dominates everything; black absorbs colour, light and material like a black hole. As an archetypal neutral colour, grey as material refers both to neuronal matter and earth as a raw material as well as composite industrial materials. Grey matter is also an immaterial notion of human intelligence, a sort of supreme material.

Back to Gathering series