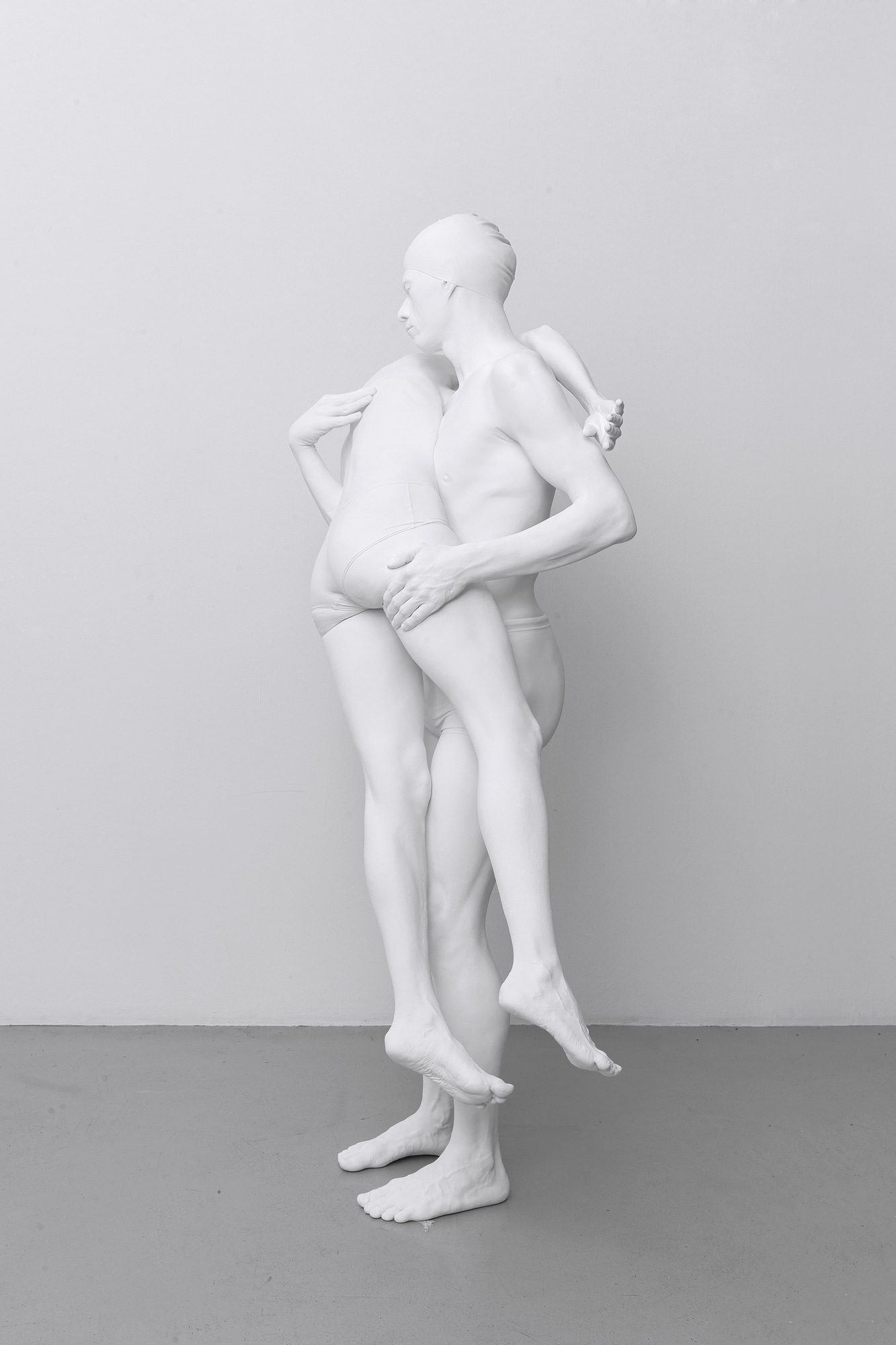 The « Gestes dansés » (Danced gestures) series is characteristic of Daniel Firman’s sculptural work as an interpretation of dance and in particular modern dance (Martha Graham, Simone Forti, Isadora Duncan, Rudolf von Laban, etc.). The relationship between the body and space is one the foundations of Daniel Firman’s work. The body has the ability to intervene in physical space as well as in mental space, creating movement and flow transfer. Dance and sculpture share a conception of space by making collide volume (occupied or empty), time (which takes place in parallel of real time in dance and which is frozen in sculpture), energy and ground.

Daniel Firman uses established protocols of dance as contact-improvisation, invented by Steve Paxton and Merce Cunningham in the 70s. The contact was about confronting something that exists with something sensory and tactile, and creating a tight relationship between them. This dimension of contact intervenes in various moments in Daniel Firman’s practice : when he works with the model on the gesture, then during moulding when objects, bodies and materials enter into contact with one another, but also when the model is confronted with another already edited element of the sculpture.

The specificity of the series of works called « Gestes dansés » is to use the sculpture to explore the process of choreographic creation. Daniel Firman works with a dancer to determine a movement and he takes the imprint of the dancer’s body in that pose, with this unique gesture creating a new sculptural gesture. 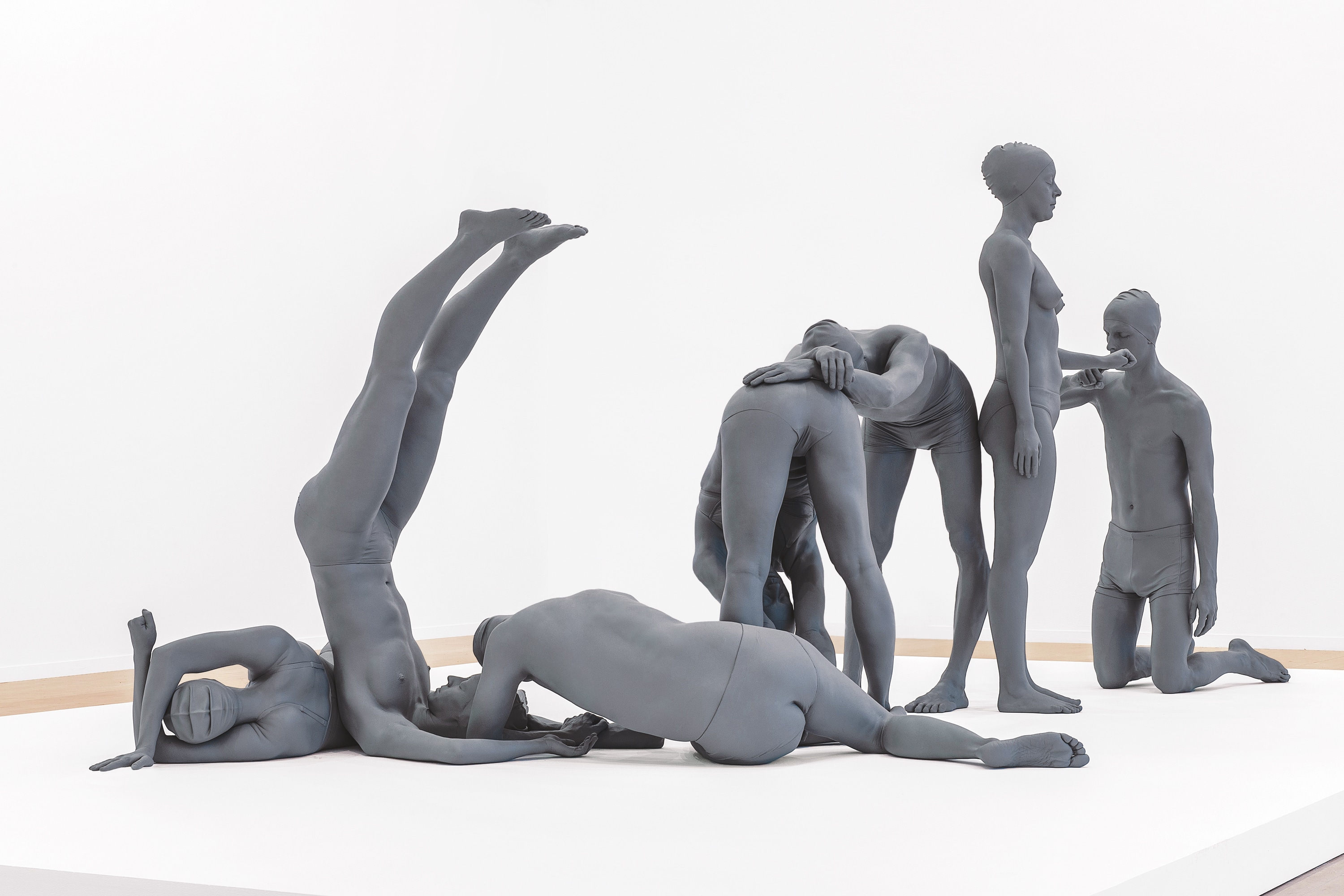 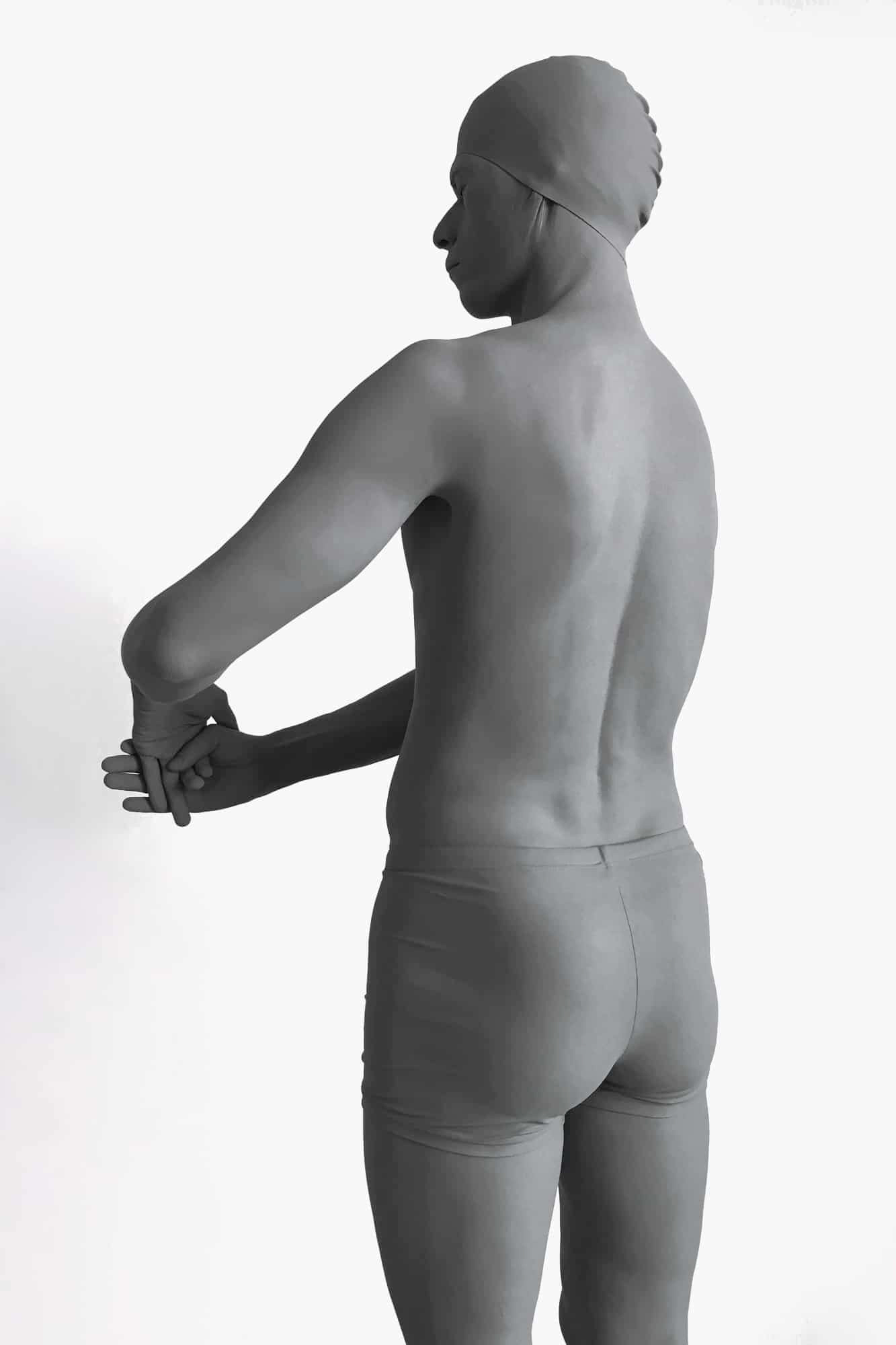