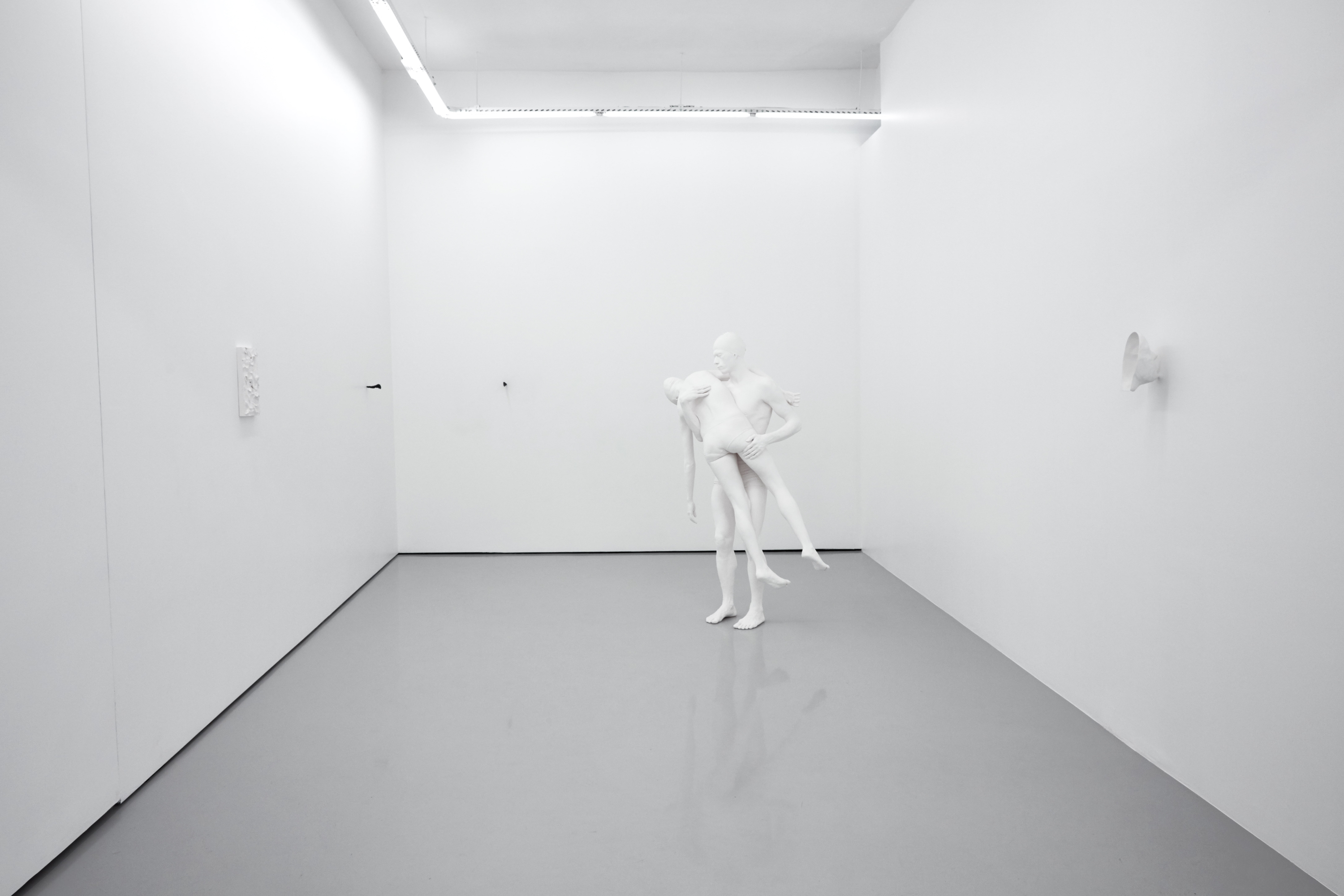 Originally designed as a platform without predefined walls by its architects, Daniel Firman turned The Pill gallery space into a « spatial partition » for The Fragment Dimension; creating the path he wants the viewer to follow when discovering the works.

The rooms that Firman designed correspond to links between series of works that are materially and formally very different from each other. But it is because Firman’s oeuvre taken as a whole precisely involves the dimension of becoming in its very Bergsonian acceptance, that the order he suggests to follow must be thought as an integral aspect of the work, one which implicates the spectator in the tangible gallery space. Among this body of recent and unseen works, the artist has given the viewer a broad spectrum of his practice, with his singular approach of performative sculpture.

Firman’s sculptural practice always involves the viewer by questioning his relationship to reality. He approaches the notion of presence by using a complex cast technique that enables him to take incredibly precise imprints. For this inaugural show, he invited gallerist Suela Cennet to perform on a cast sculpture in response to her invitation to open the gallery with his solo show. A doppelgänger of the founder of The Pill was standing in the entrance, leaving a poetic yet confusing imprint of her presence in the space. Suela is extract of the signature series of Daniel Firman : Attitude series.

The Fragment Dimension enhances the artist’s preoccupations to define our relationship to the world and the notion of « being present » in a period of uncertainty which often requires to be defined in the immediate. In this perspective, the artist’s last neon sentence If you see something, say something is not only a comment on securitarian societies but also on the profusion of visual material in a digitalised world with the underlying question of the relationship between art and language.

Art and language are engaged in a new series of works – Modelé avec la langue – the artist has performed himself by sculpting bas-reliefs with his tongue, which replaces the artist’s hand in the creation process.
The exhibition approaches the fragmentary dimension of touching. The hand, as a fragment of the body, plays a central role – both symbolic and aesthetic – by introducing the act of prehension; associated to civilisational development and socialisation.

The iconic work Nasutamanus, a hyperrealistic real scale elephant standing on his nose (Nasuta-manus meaning Hand-Nose in latin) is floating in the space defying gravity with this paradoxical posture. As a counterpoint, the series entitled I’m keeping my distance represents bronze fingers mounted on corners inviting the viewer to grasp the void by standing in the gap.

Mass and void are presented together in this body of works to render the idea of presence, movement and space.