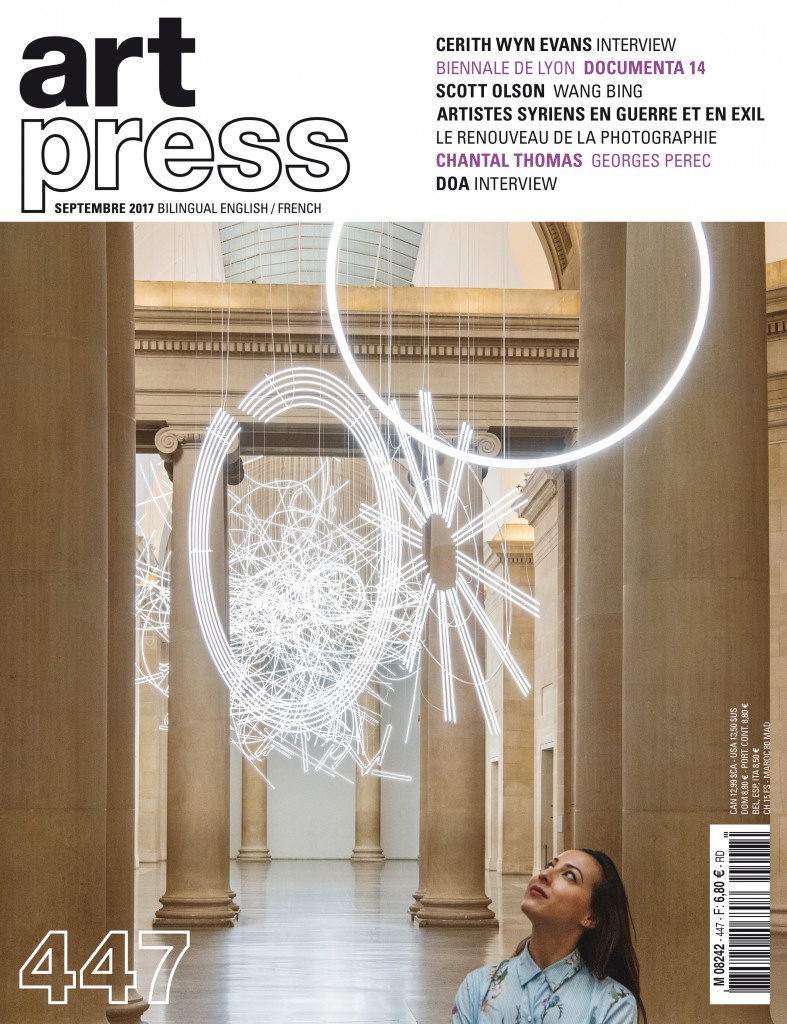 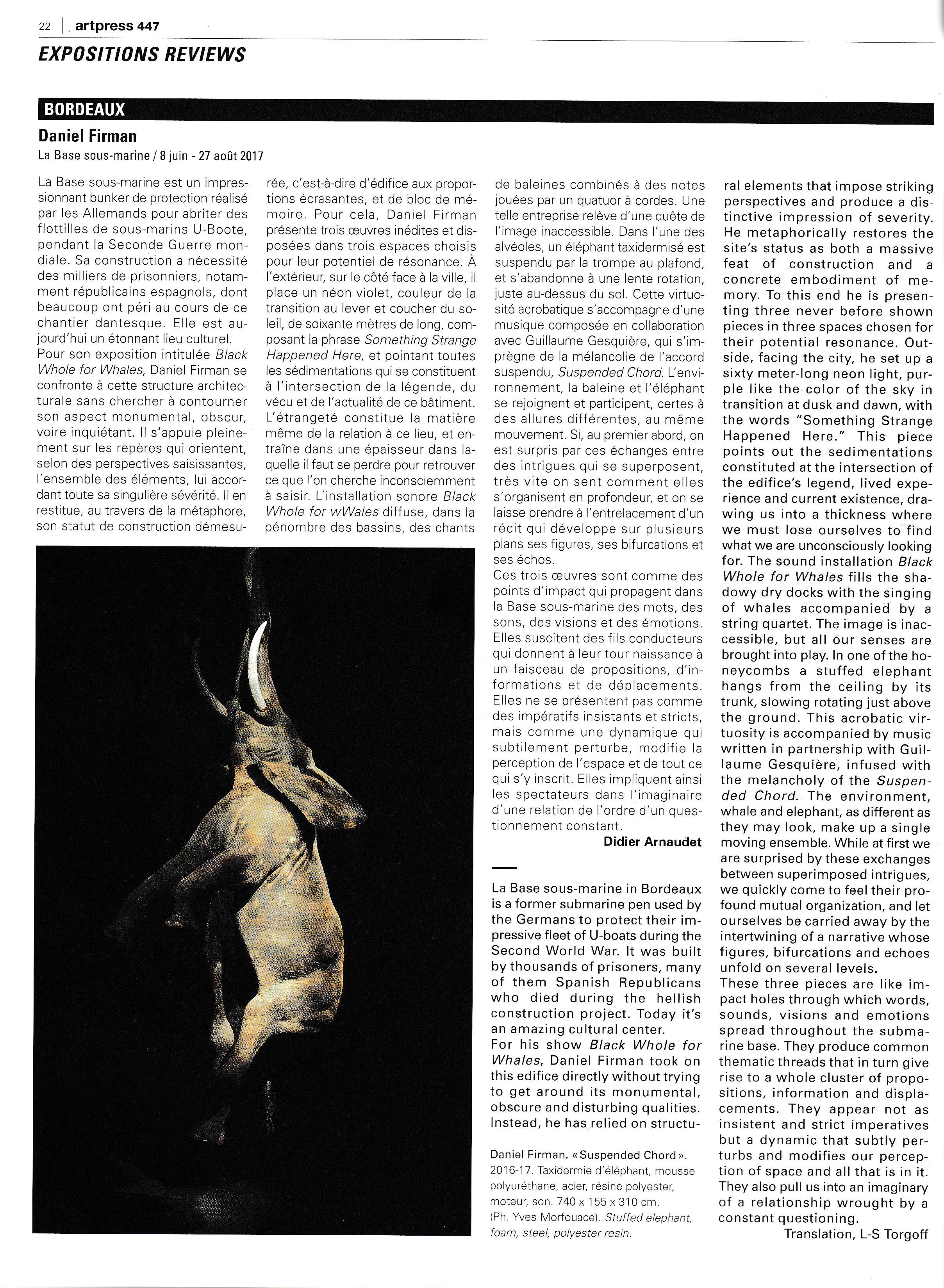 La Base sous-marine in Bordeaux is a former submarine pen used by the Germans to protect their impressive fleet of U-boats during the Second World War. lt was built by thousands of prisoners, many of them Spanish Republicans who died during the hellish construction project. Today it’s an amazing cultural center.

For his show « Black Whole for Whales », Daniel Firman took on this edifice directly without trying to get around its monumental, obscure and disturbing qualities. Instead, he has relied on structural elements that impose striking perspectives and produce a distinctive impression of severity. He metaphorically restores the site’s status as both a massive feat of construction and a concrete embodiment of memory. To this end he is presenting three never before shown pieces in three spaces chosen for their potential resonance. Outside, facing the city, he set up a sixty meterlong neon light, purple like the color of the sky in transition at dusk and dawn, with the words Something Strange Happened Here. This piece points out the sedimentations constituted at the intersection of the edifice’s legend. lived experience and current existence, drawing us into a thickness where we must lose ourselves to find what we are unconsciously looking for. The sound installation Black Whole for Whales fills the shadowy dry docks with the singing of whales accompanied by a string quartet. The image is inaccessible, but all our senses are brought into play. In one of the honeycombs a stuffed elephant hangs from the ceiling by its trunk, slowing rotating iust above the ground. This acrobatic virtuosity is accompanied by music written in partnership with Guillaume Gesquière, infused with the melancholy of the Suspended Chord. The environment, whale and elephant, as different as they may look, make up a single moving ensemble. While at first we are surprised by these exchanges between superimposed intrigues, we quickly come to feel their profound mutual organization, and let ourselves be carried away by the intertwining of a narrative whose figures, bifurcations and echoes unfold on several levels.

These three pieces are like impact holes through which words, sounds, visions and emotions spread throughout the submarine base. They produce common thematic threads that in turn give rise to a whole cluster of propositions, information and displacements. They appear not as insistent and strict imperatives but a dynamic that subtly perturbs and modifies our perception of space and all that is in it. They also pull us into an imaginary of a relationship wrought by a constant questioning.