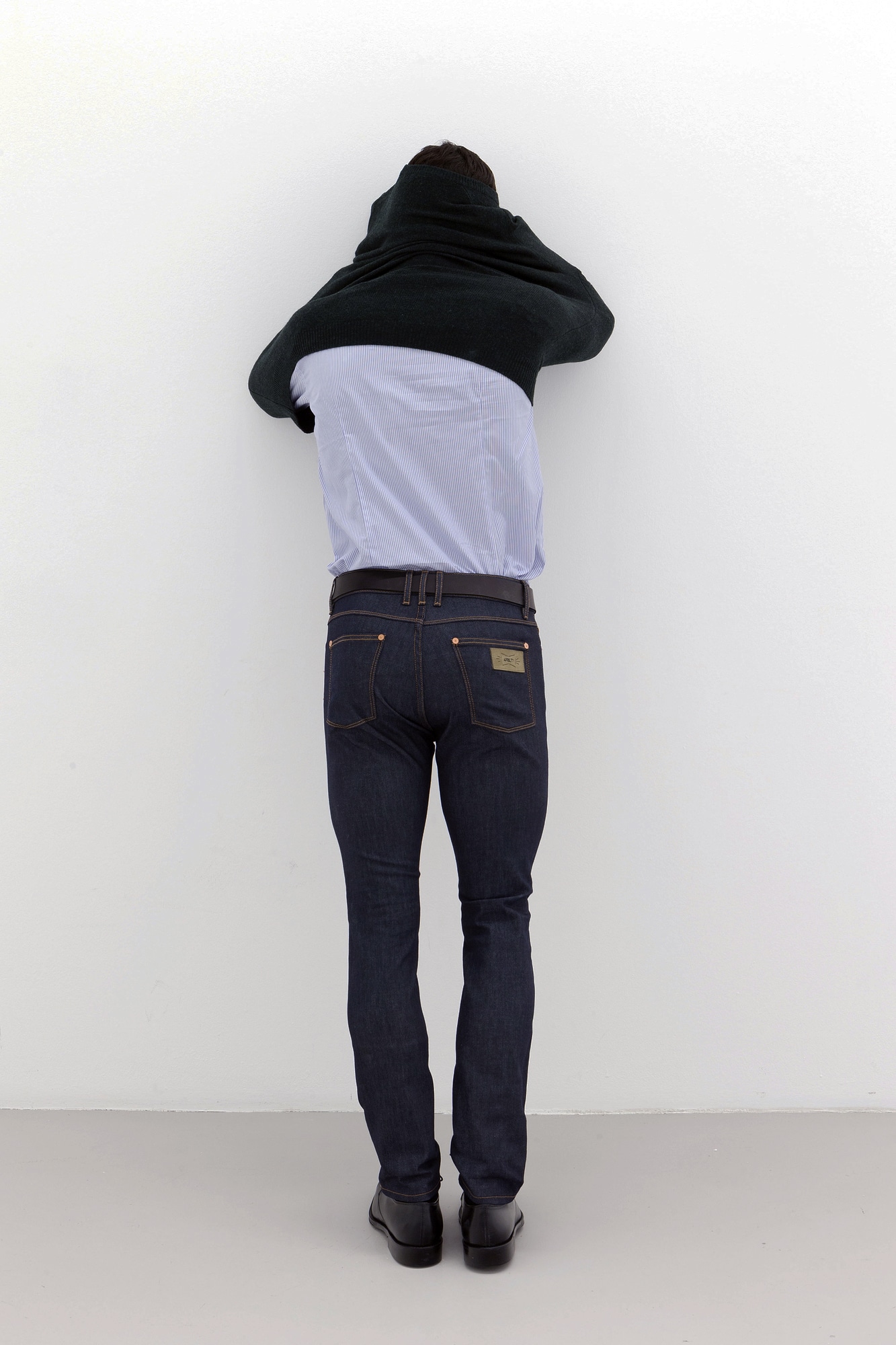 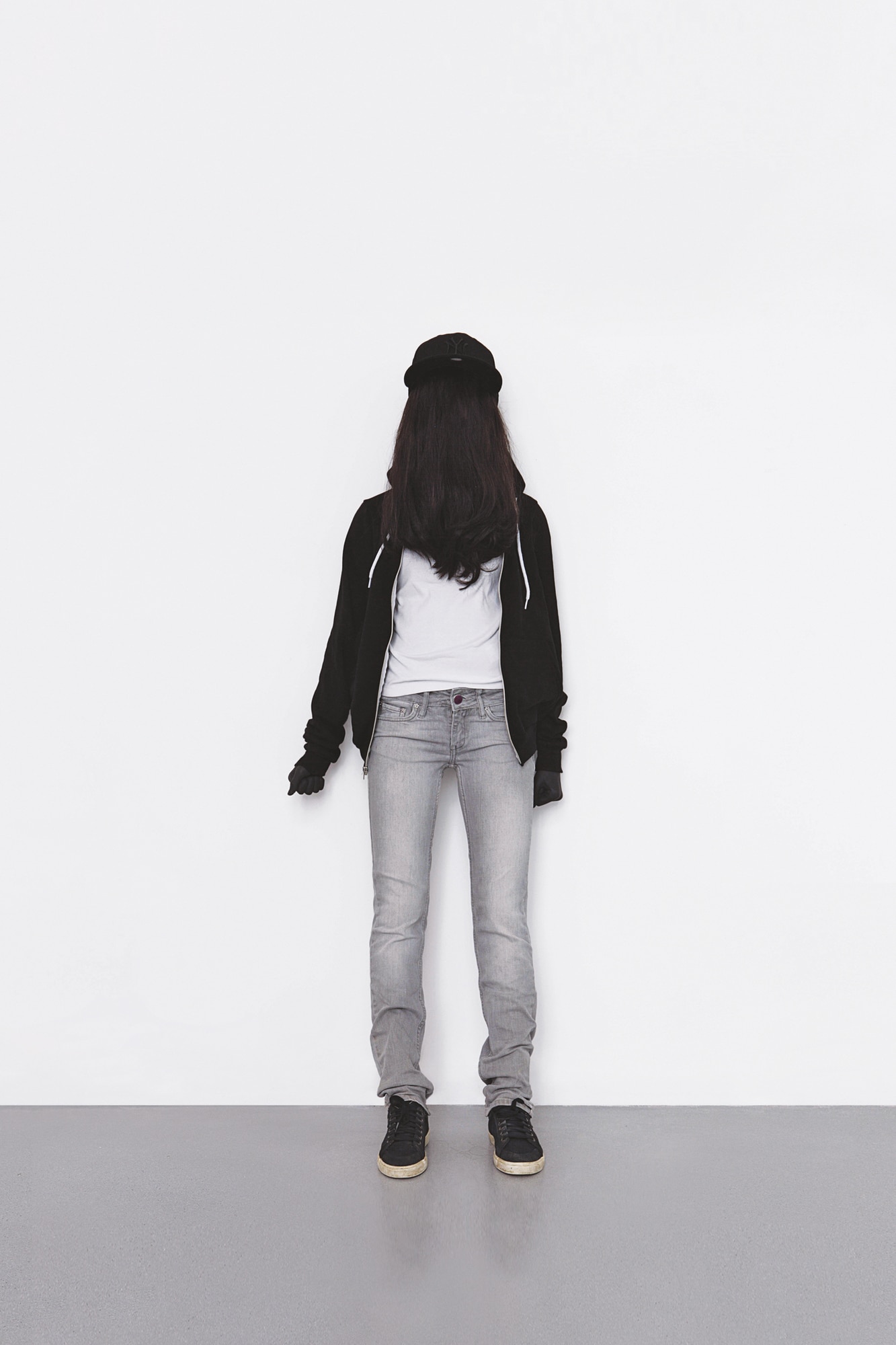 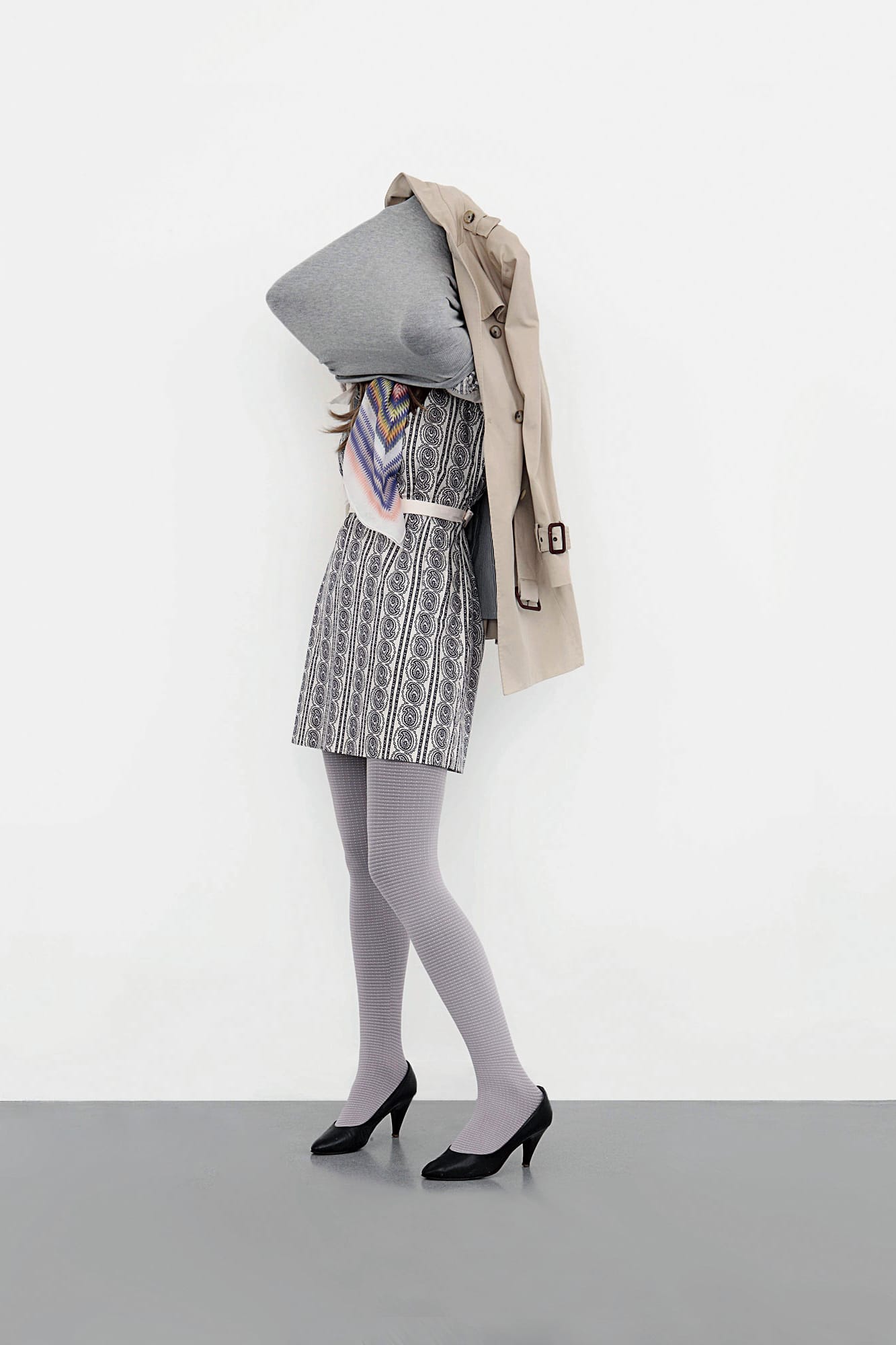 In 2004, Daniel Firman had an exhibition entitled « Danse-le en déflexion », in which Carla, mouvement #1 was featured. The moulding of Carla is the movement, stopped in mid-stream, of someone trying to lean comfortably against a wall but caught in a position that appears hopeless. Attention to what dancers call « contact-improvisation » was the starting point for the Attitude series.

The principle is for the solo dancer to define a contact with an architectural plane or an article of clothing. The Attitude sculpture describes a frozen movement as someone comes out of a pose similar to a single, ordinary gesture. The idea of clothing a mould is to produce a vision that differs from the image of the classical portrait by inverting all of its principles: absence of the face, three-dimensional presence, and the use of real materials like clothes and accessories. The Attitude series hangs together in time through a sequence of frozen movements, but also through the immediacy and the contemporaneity with which it reflects the period, as would be the case, in real time, for a fashion magazine. 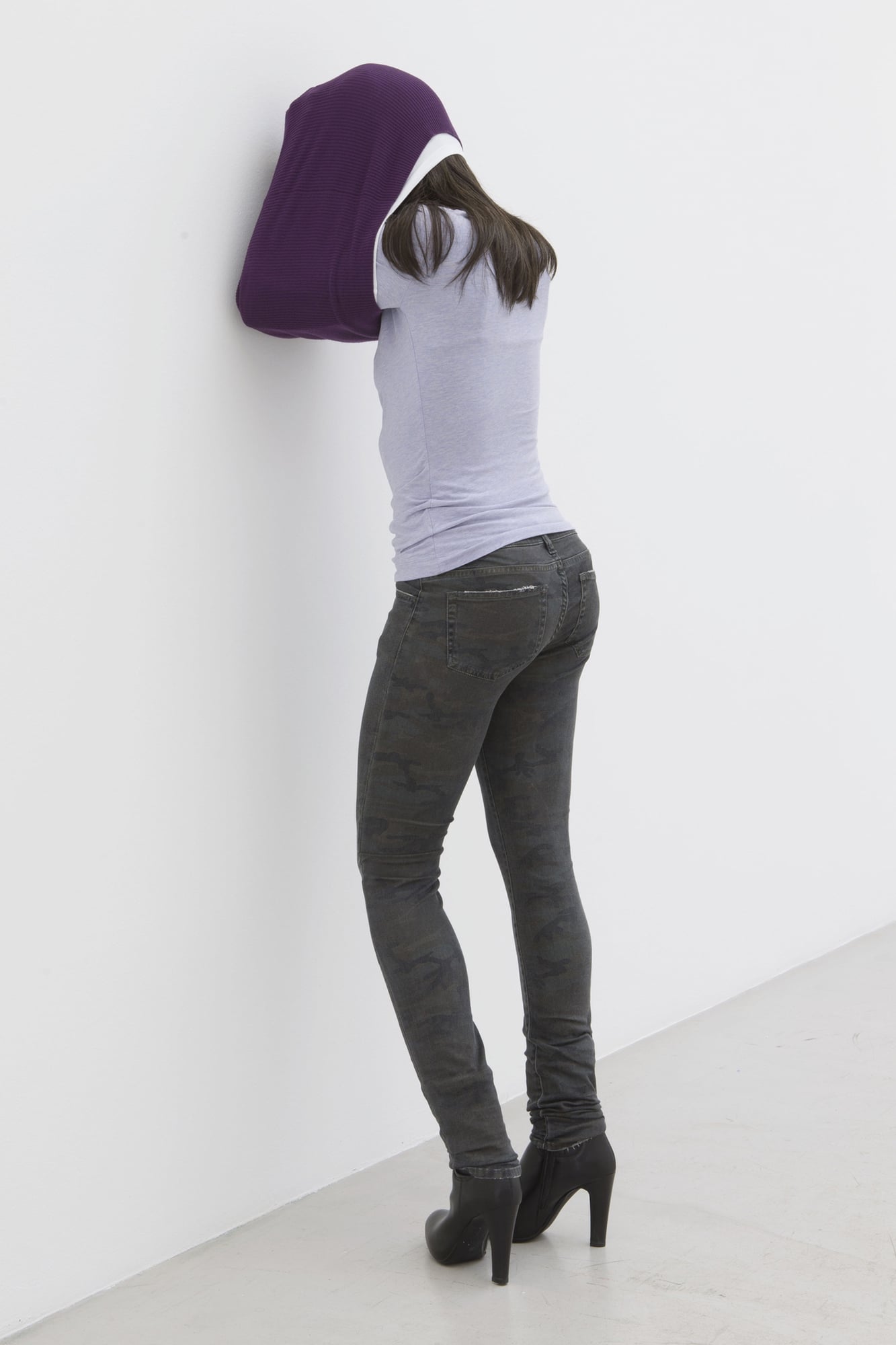 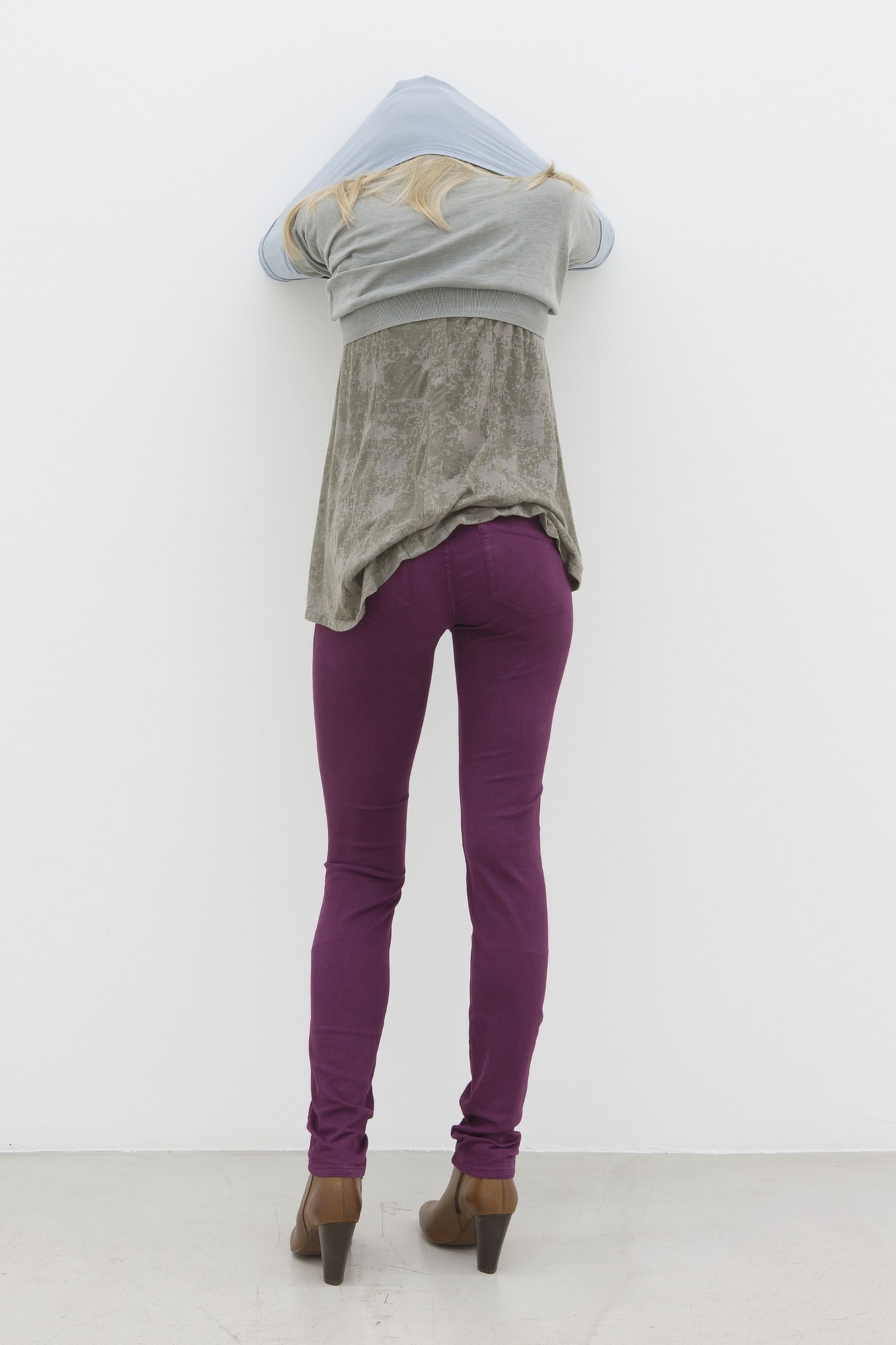 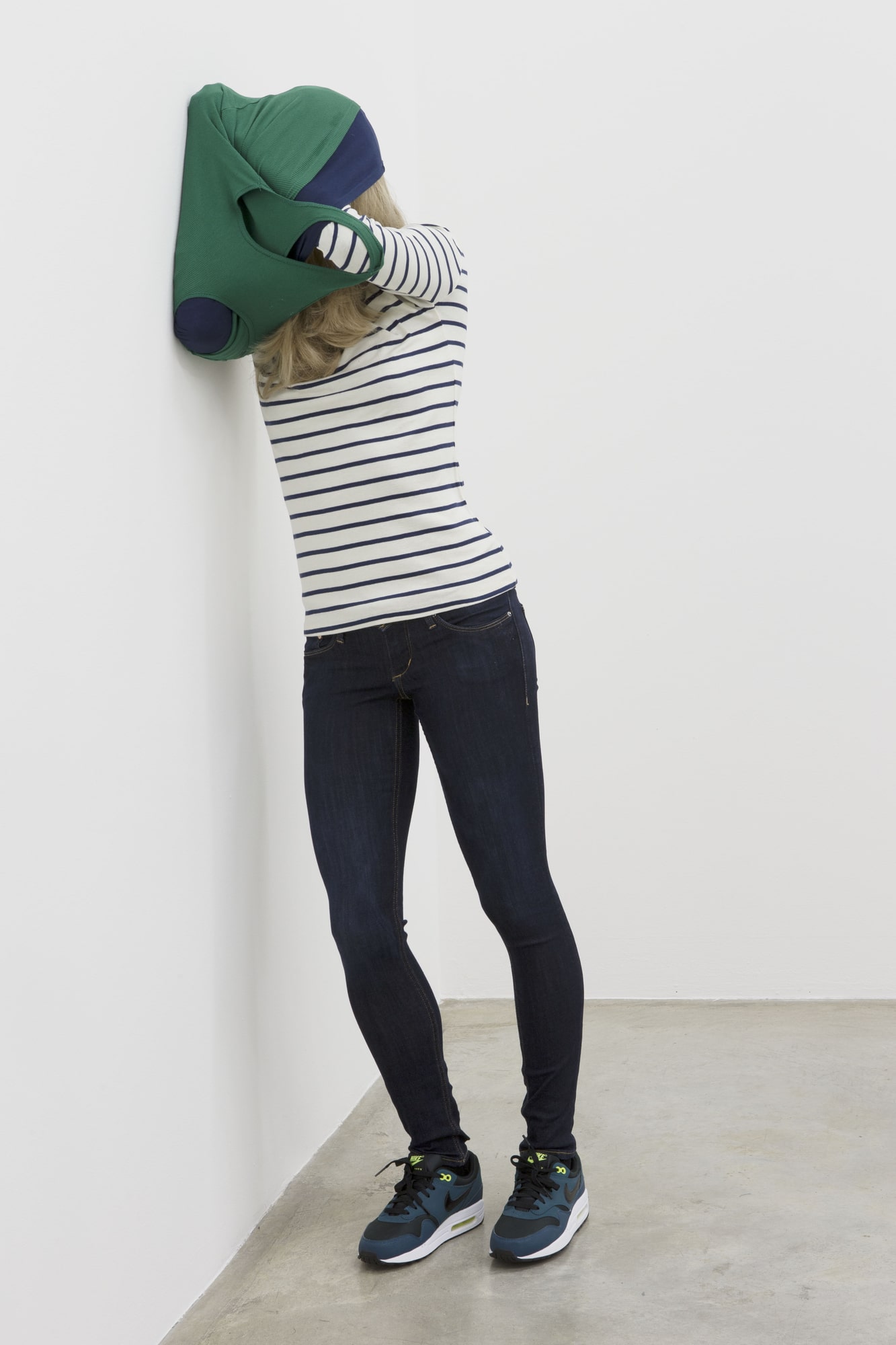 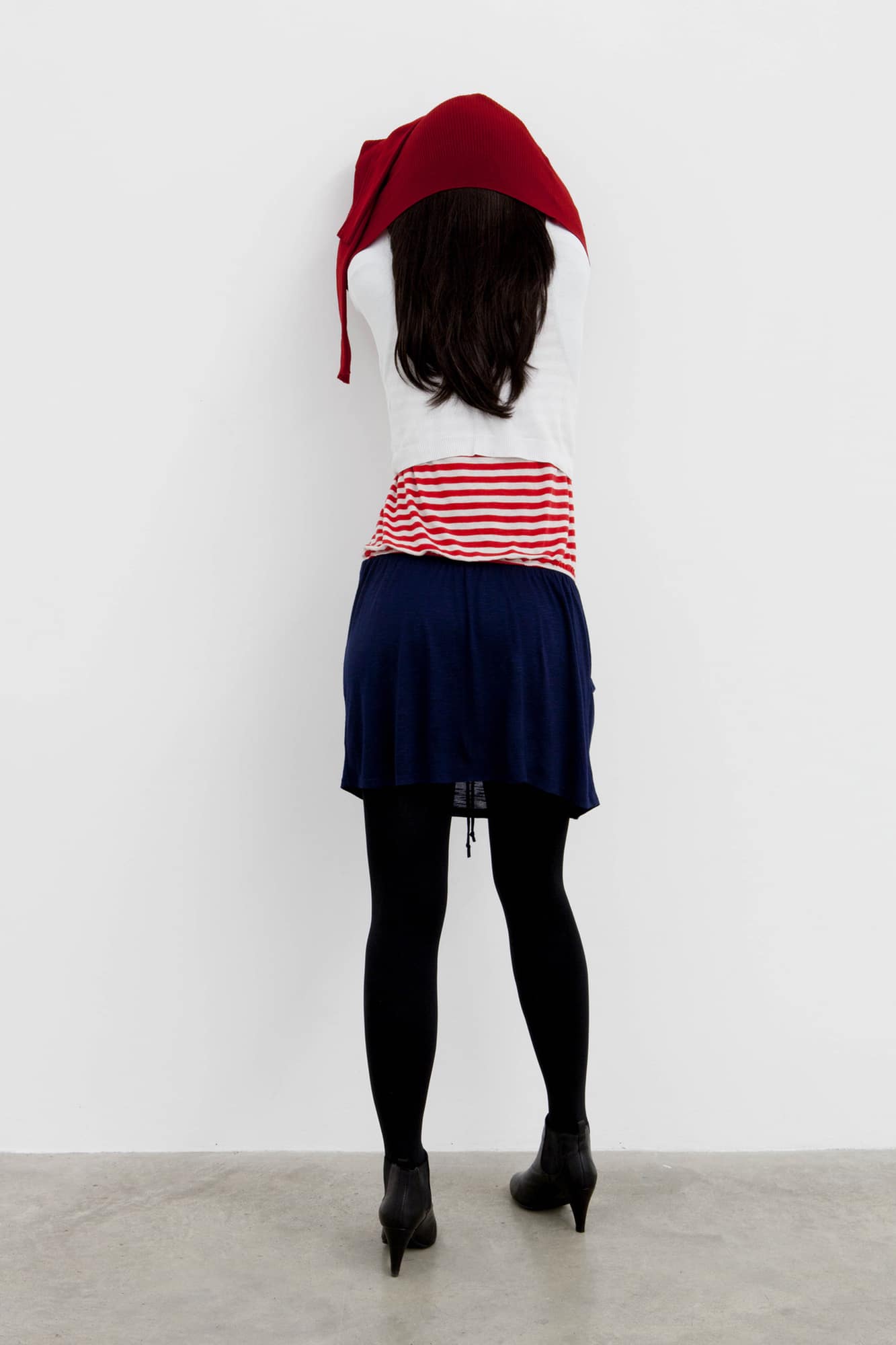 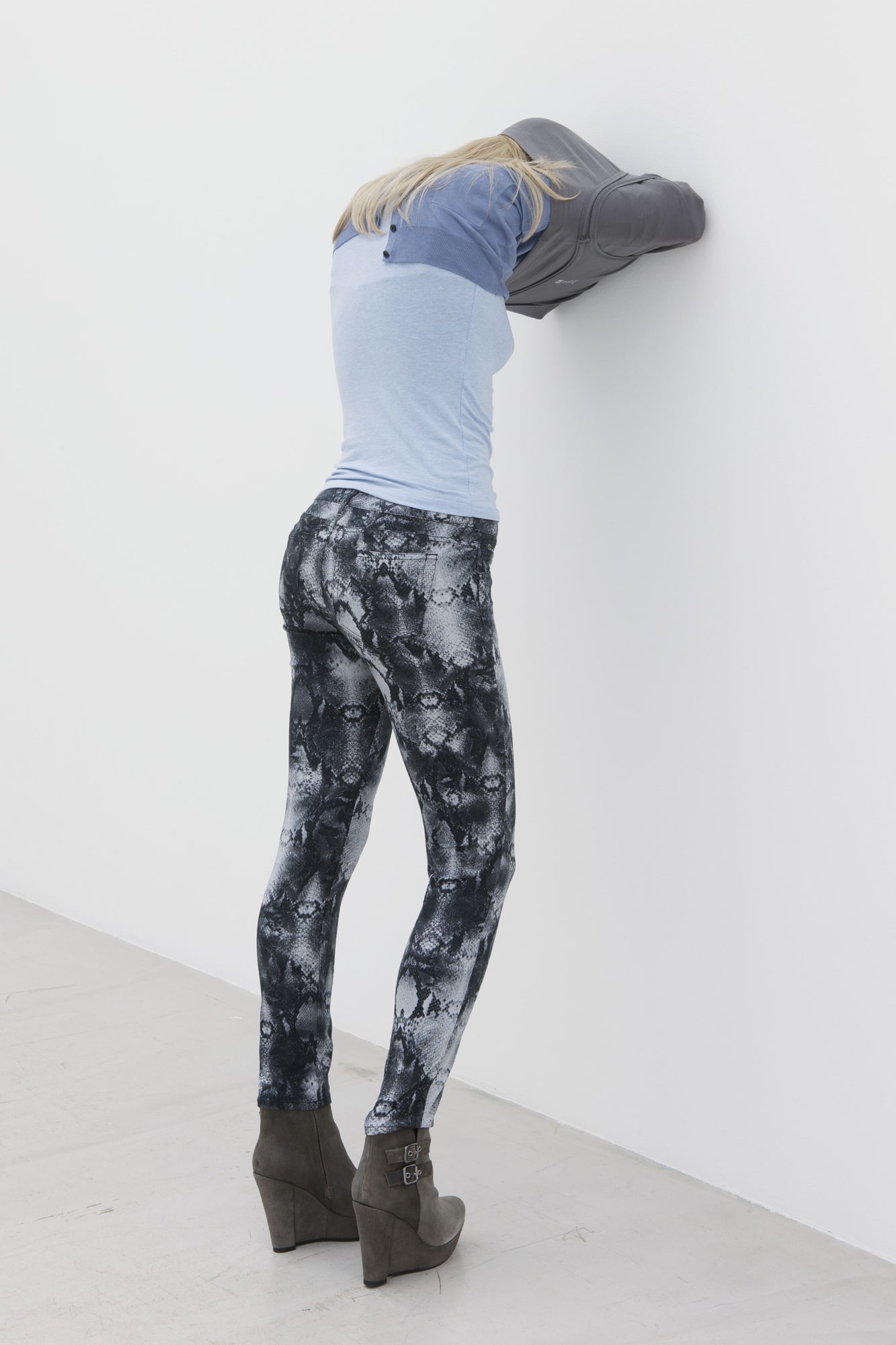 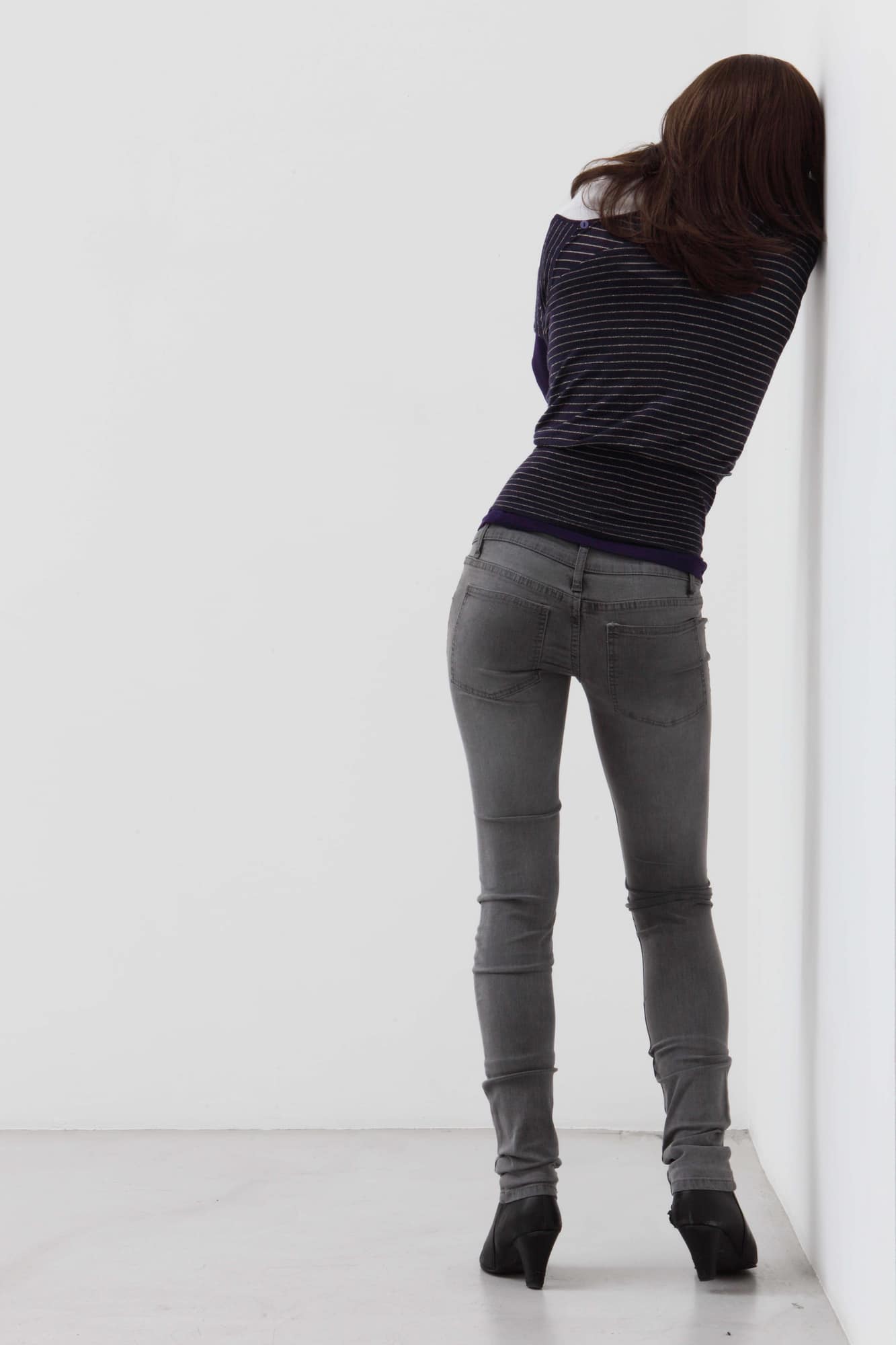 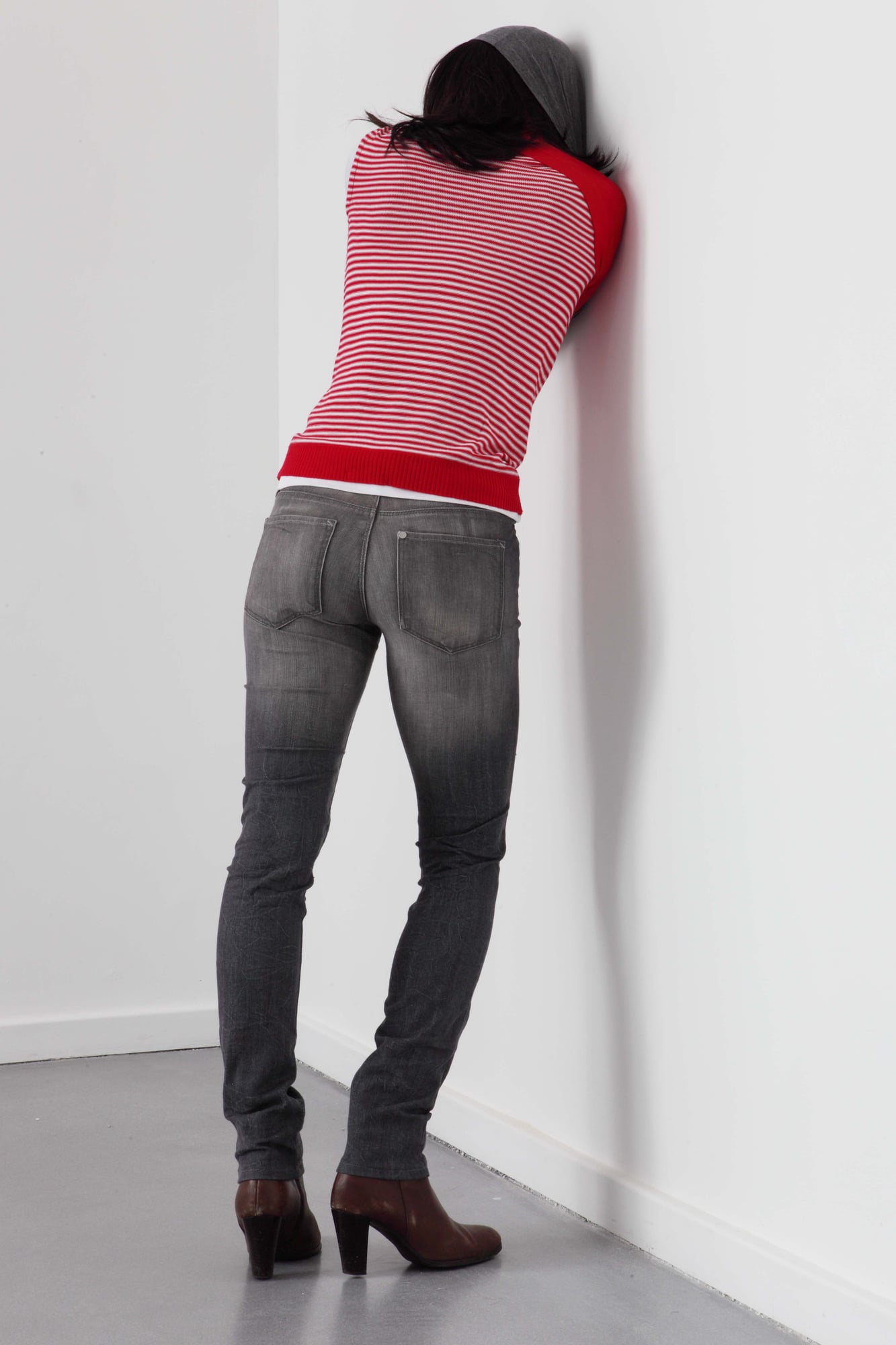 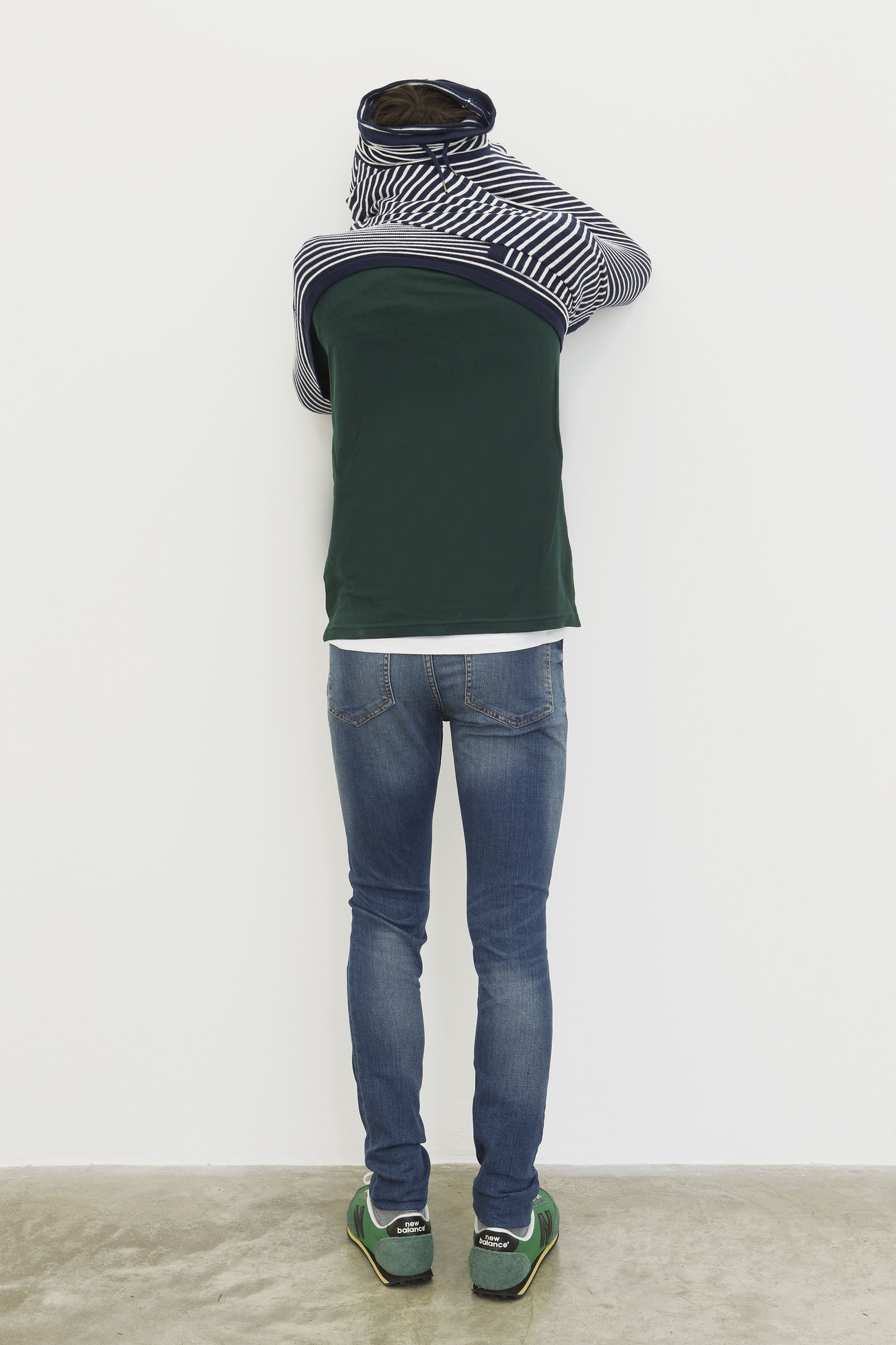 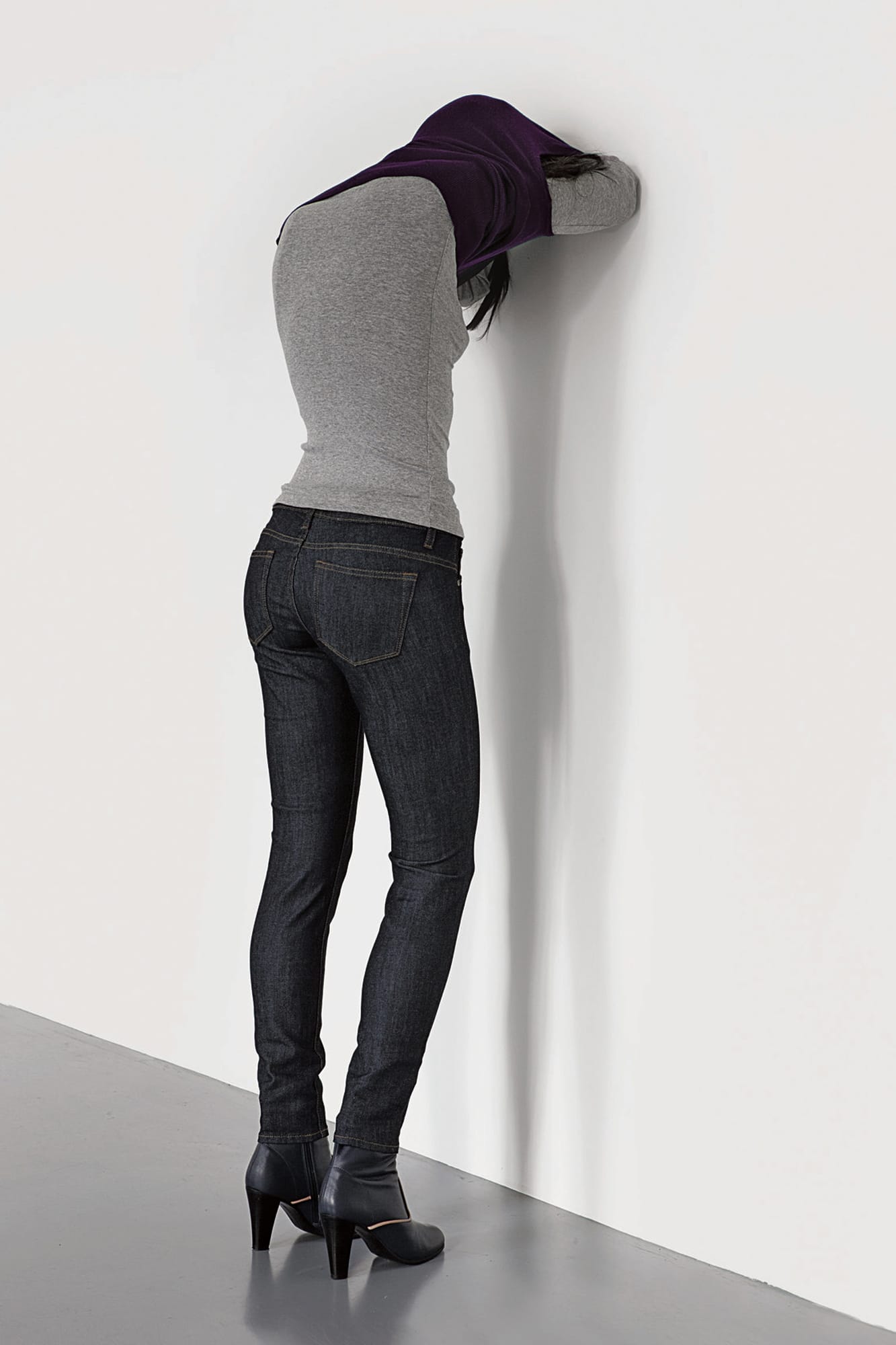 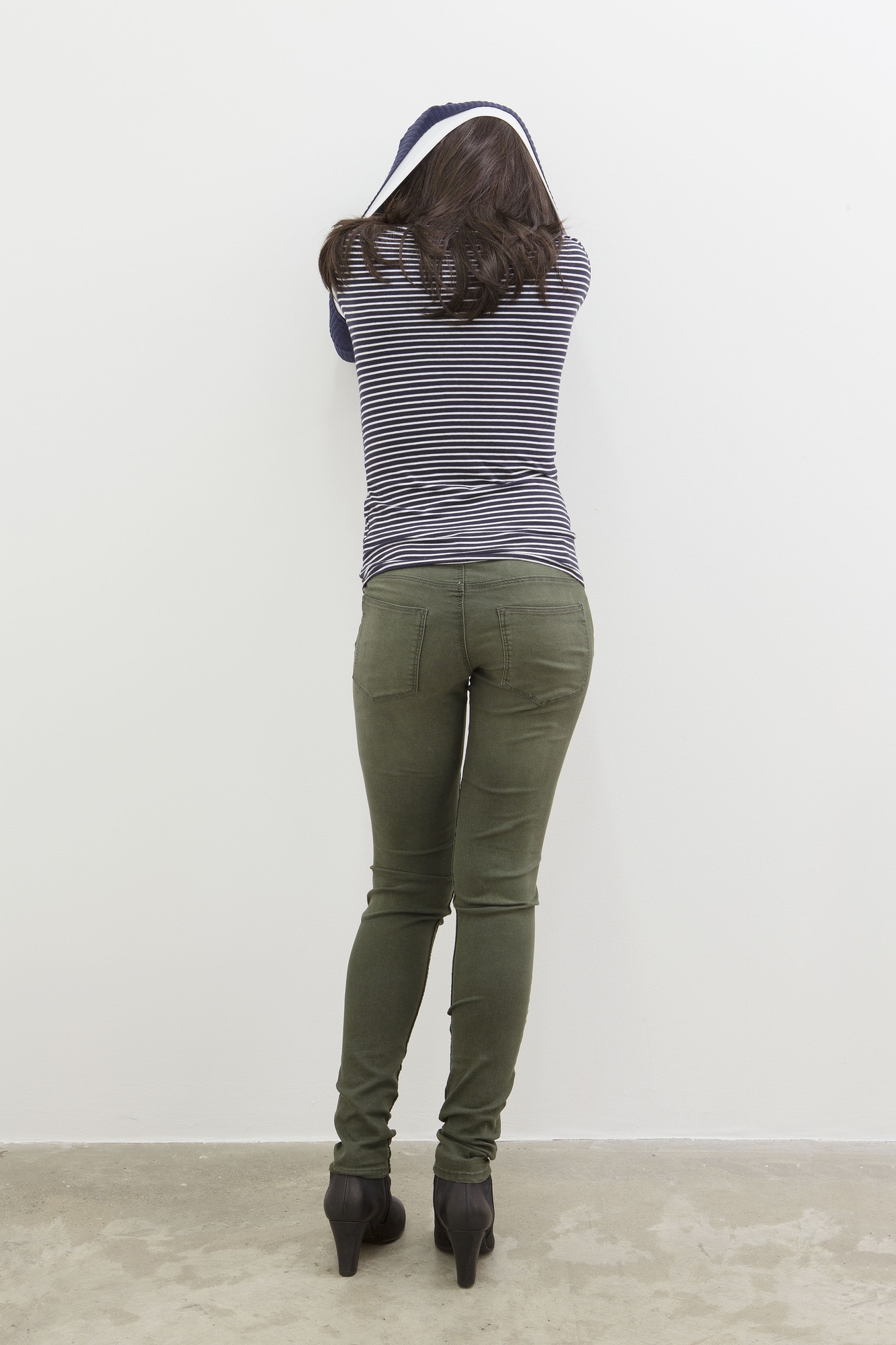 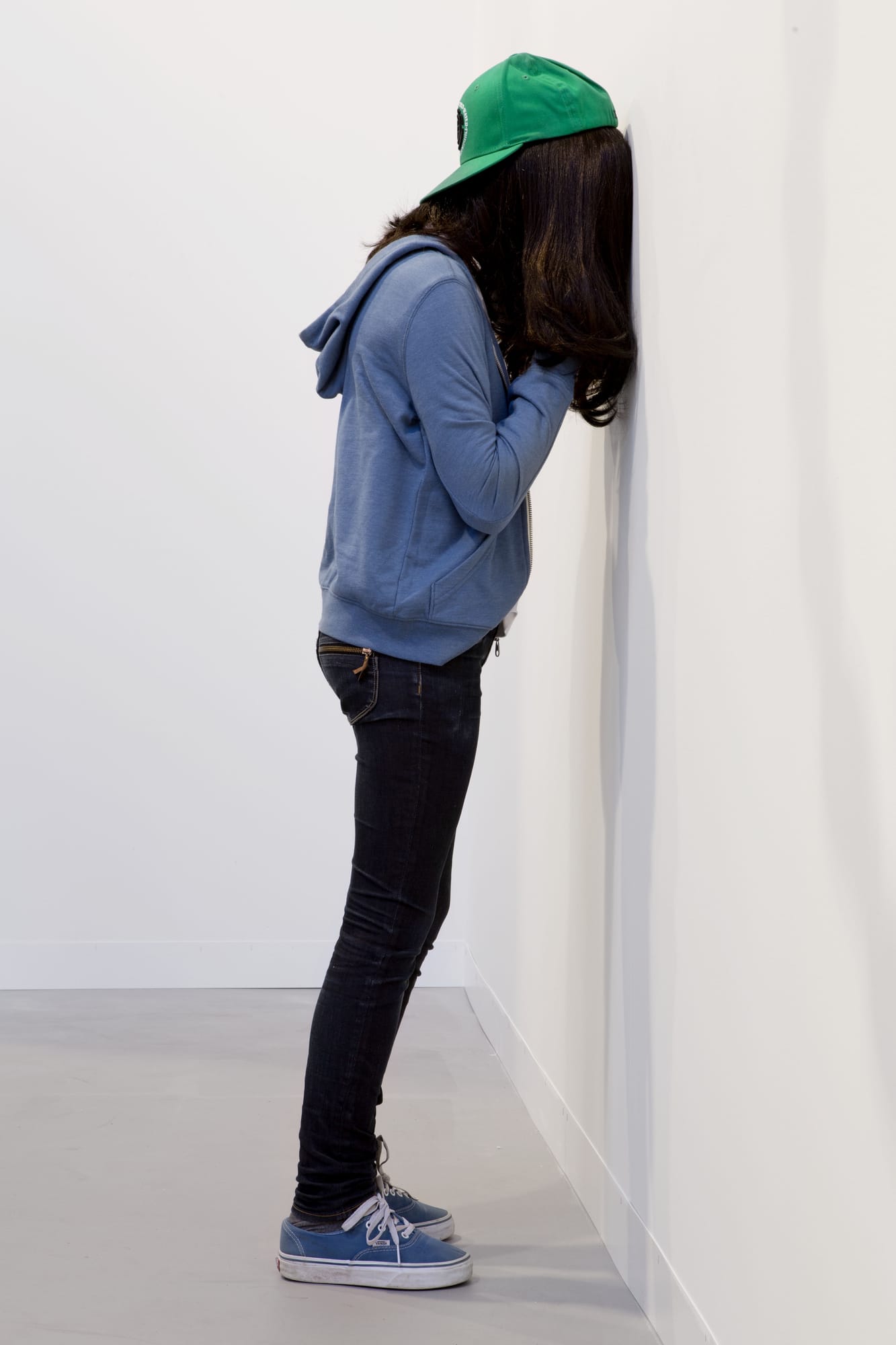 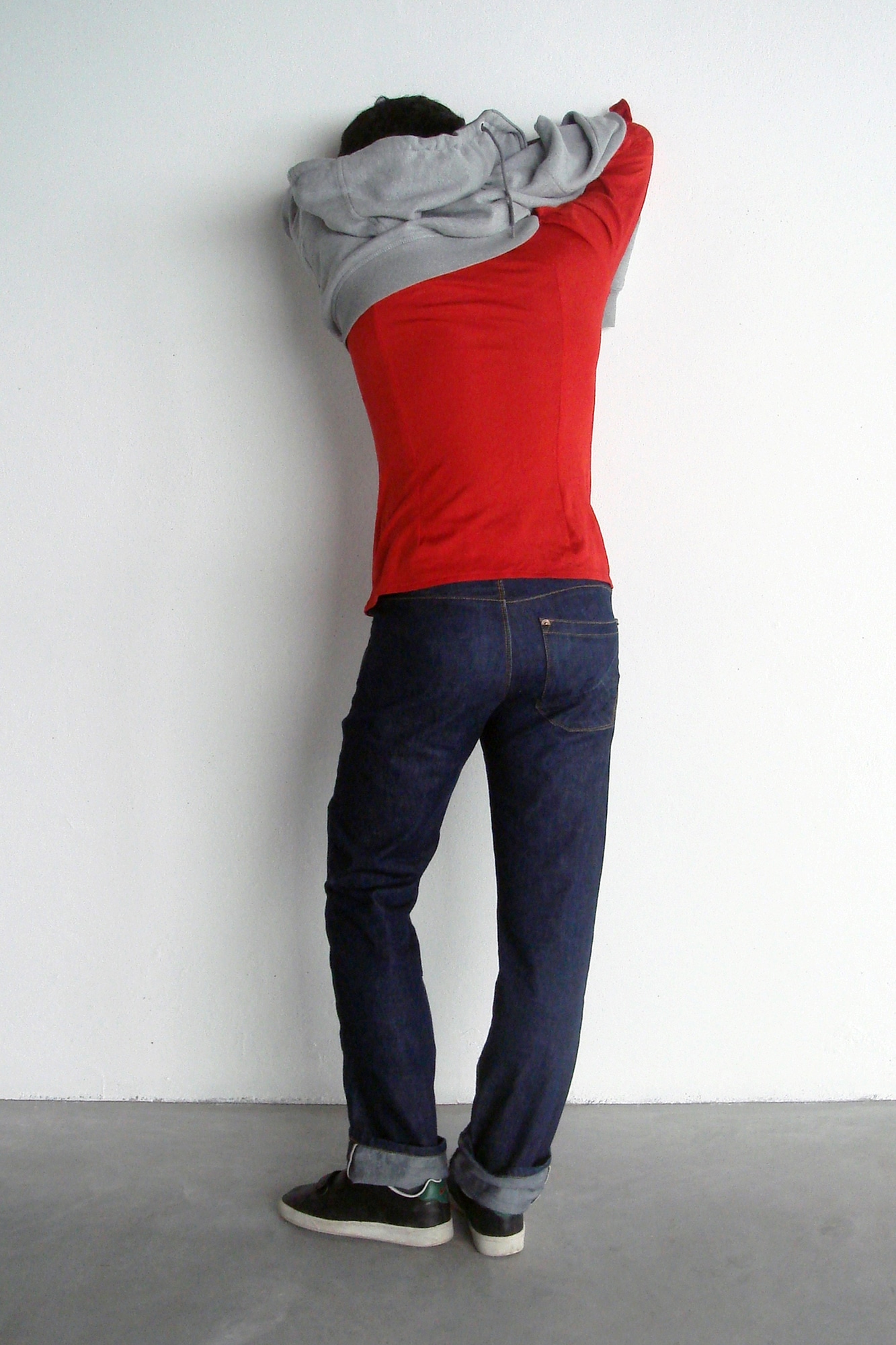 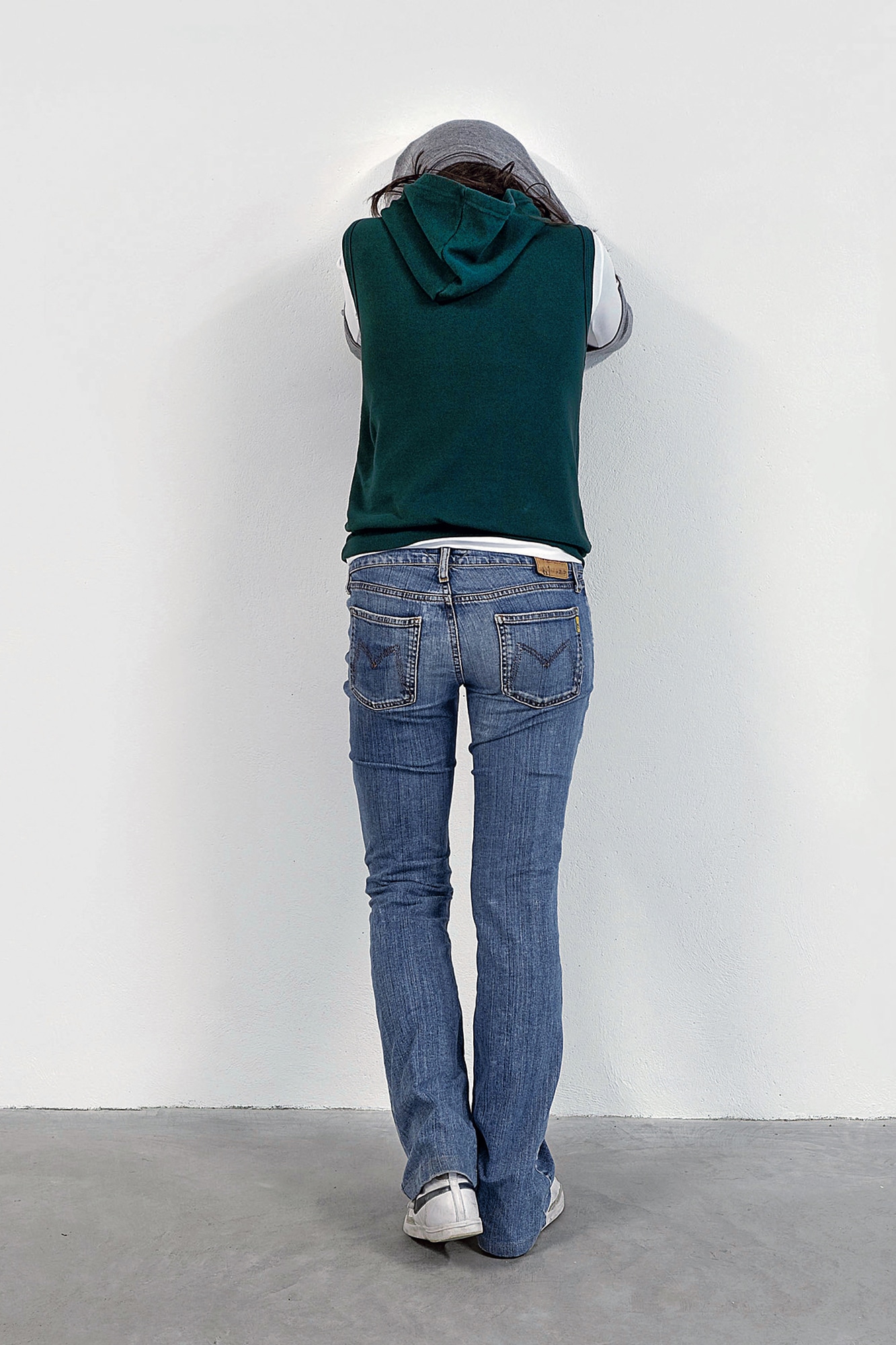 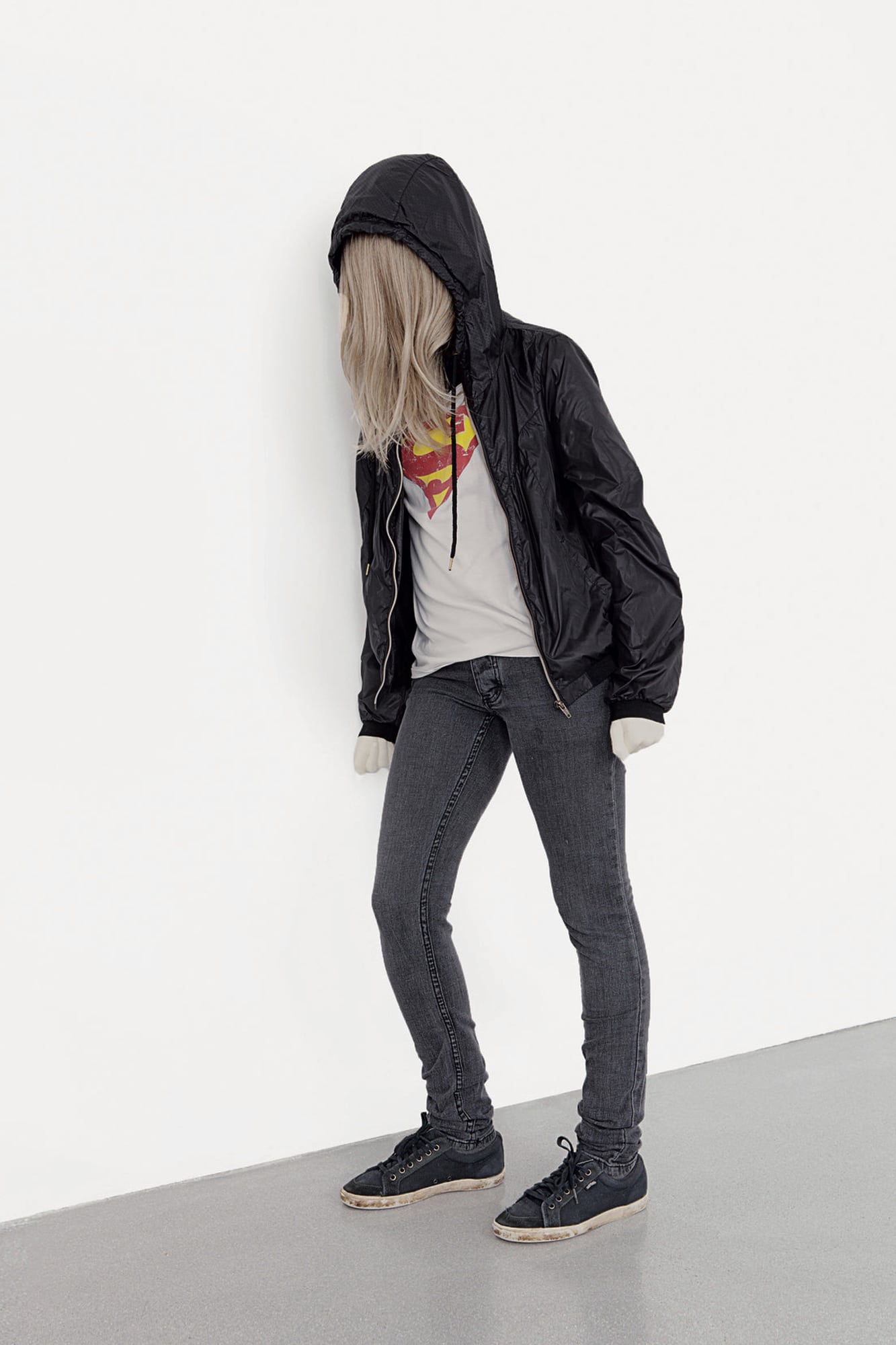 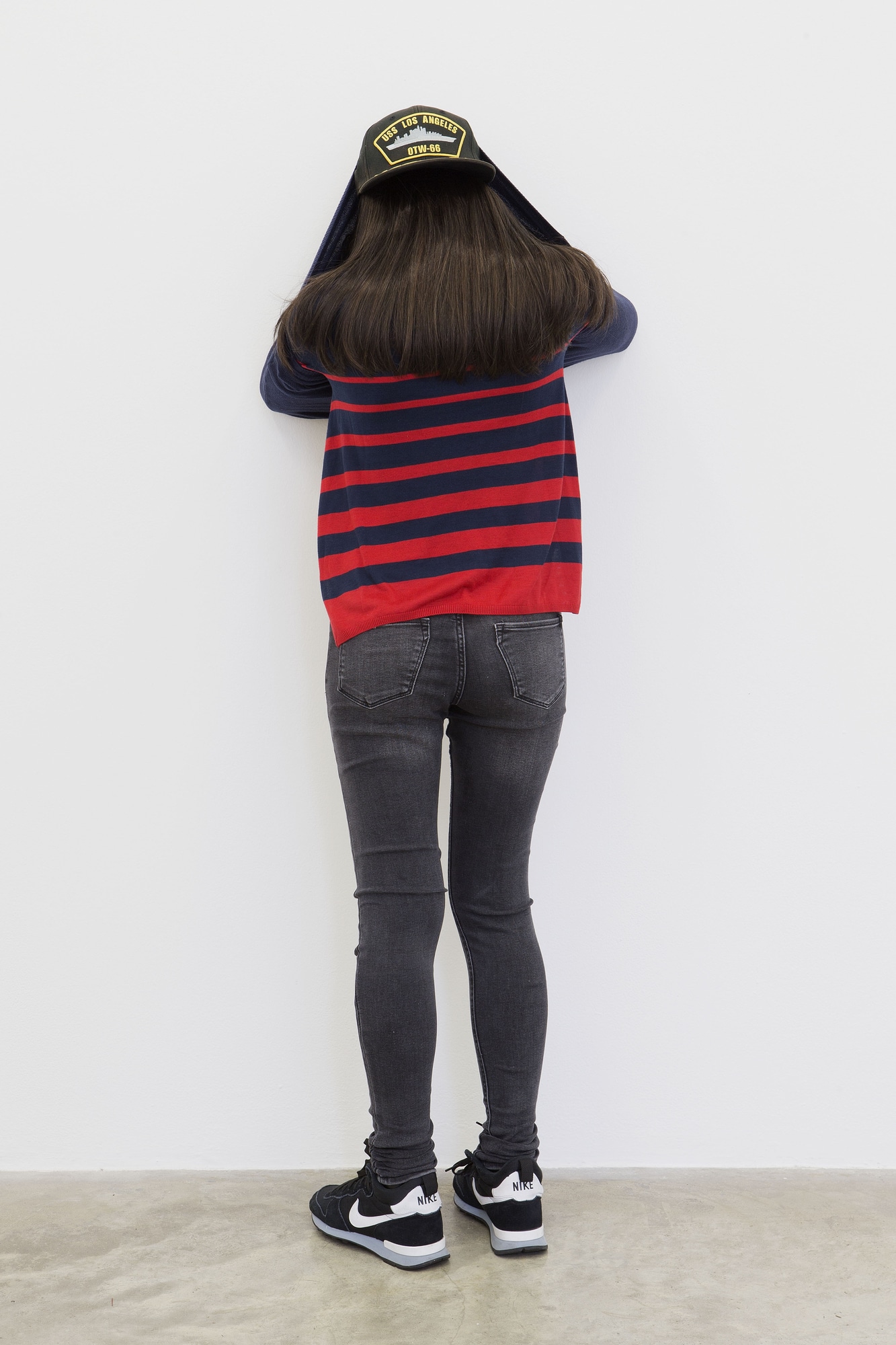 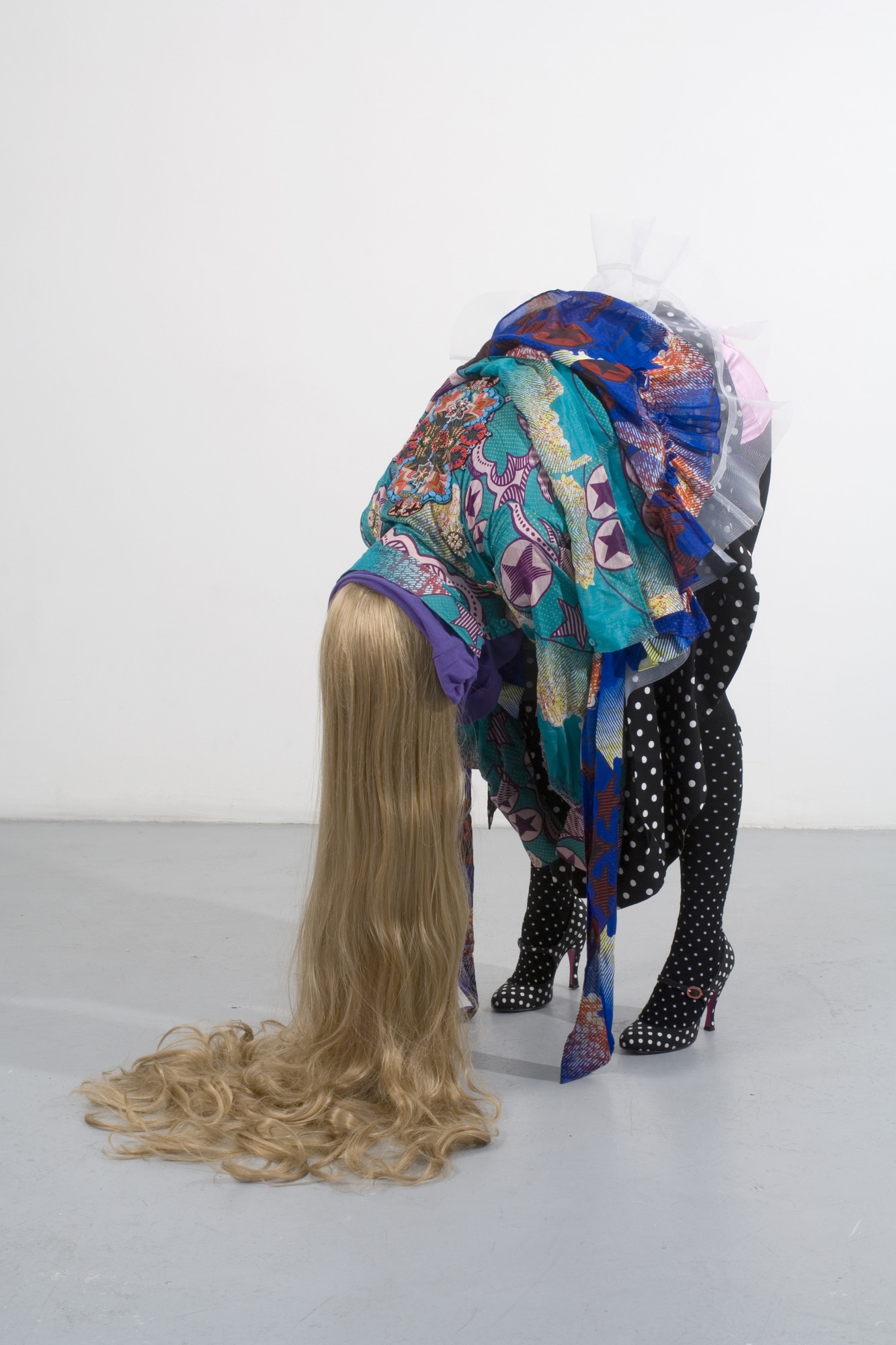 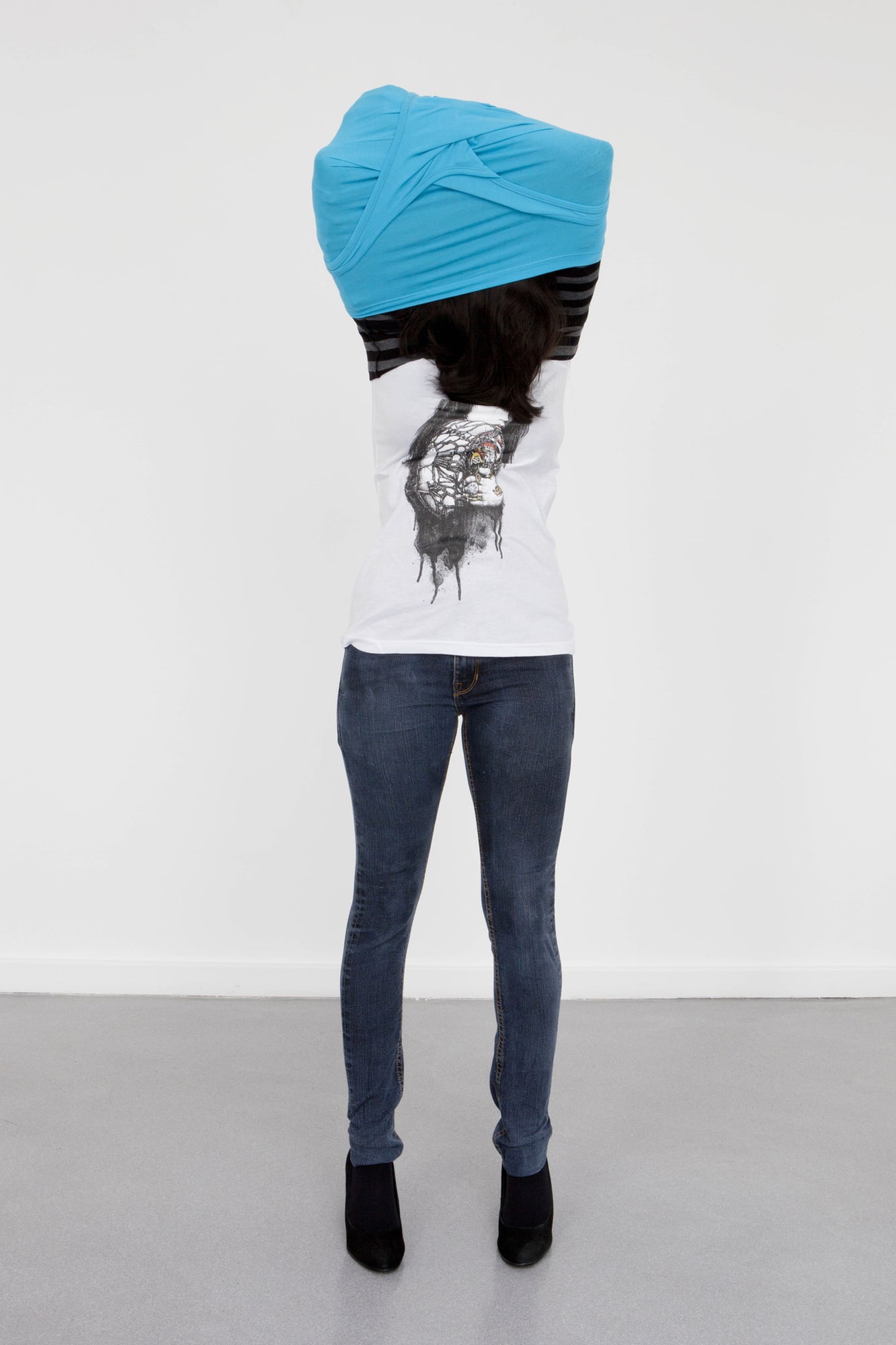 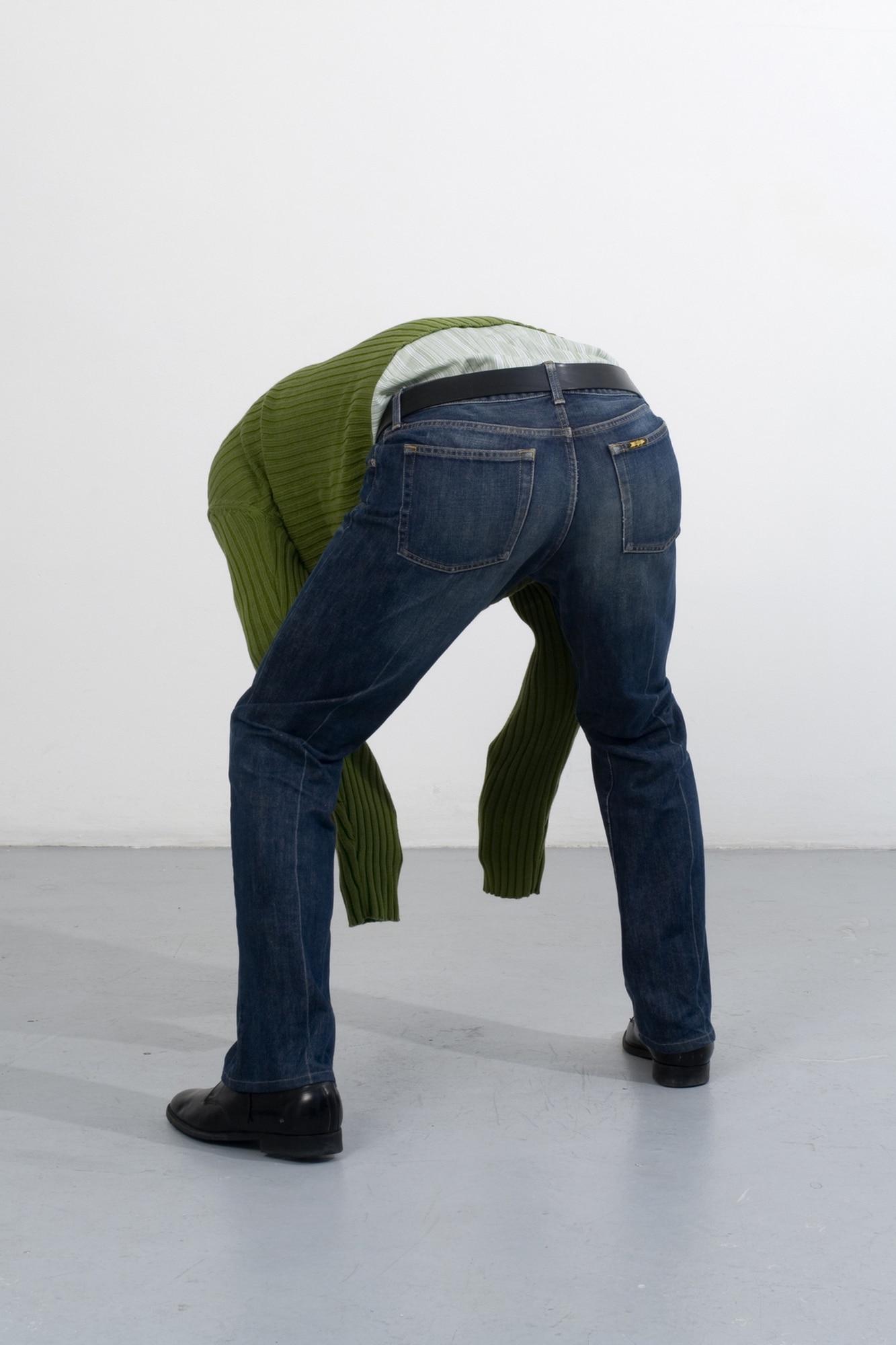 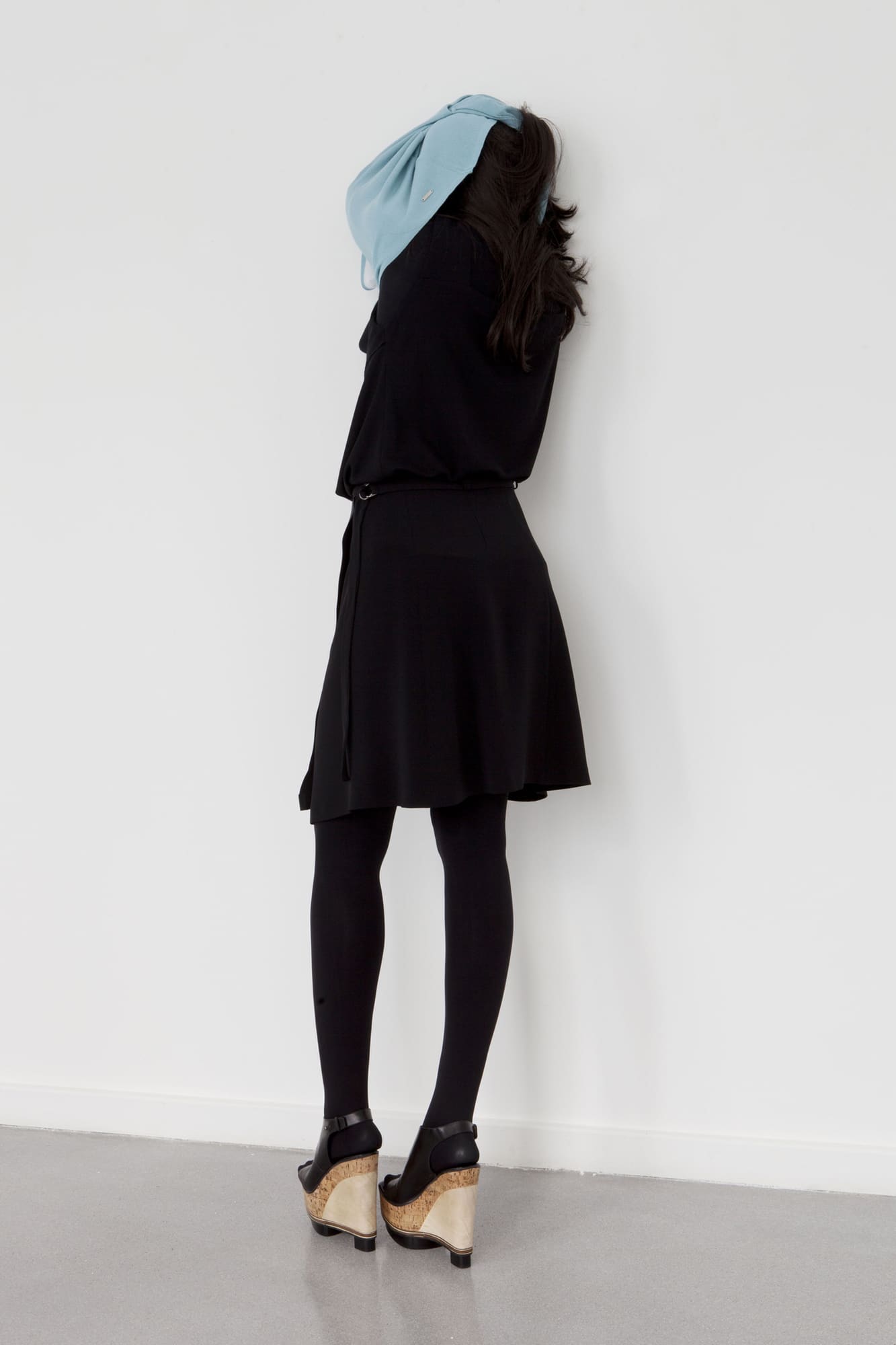 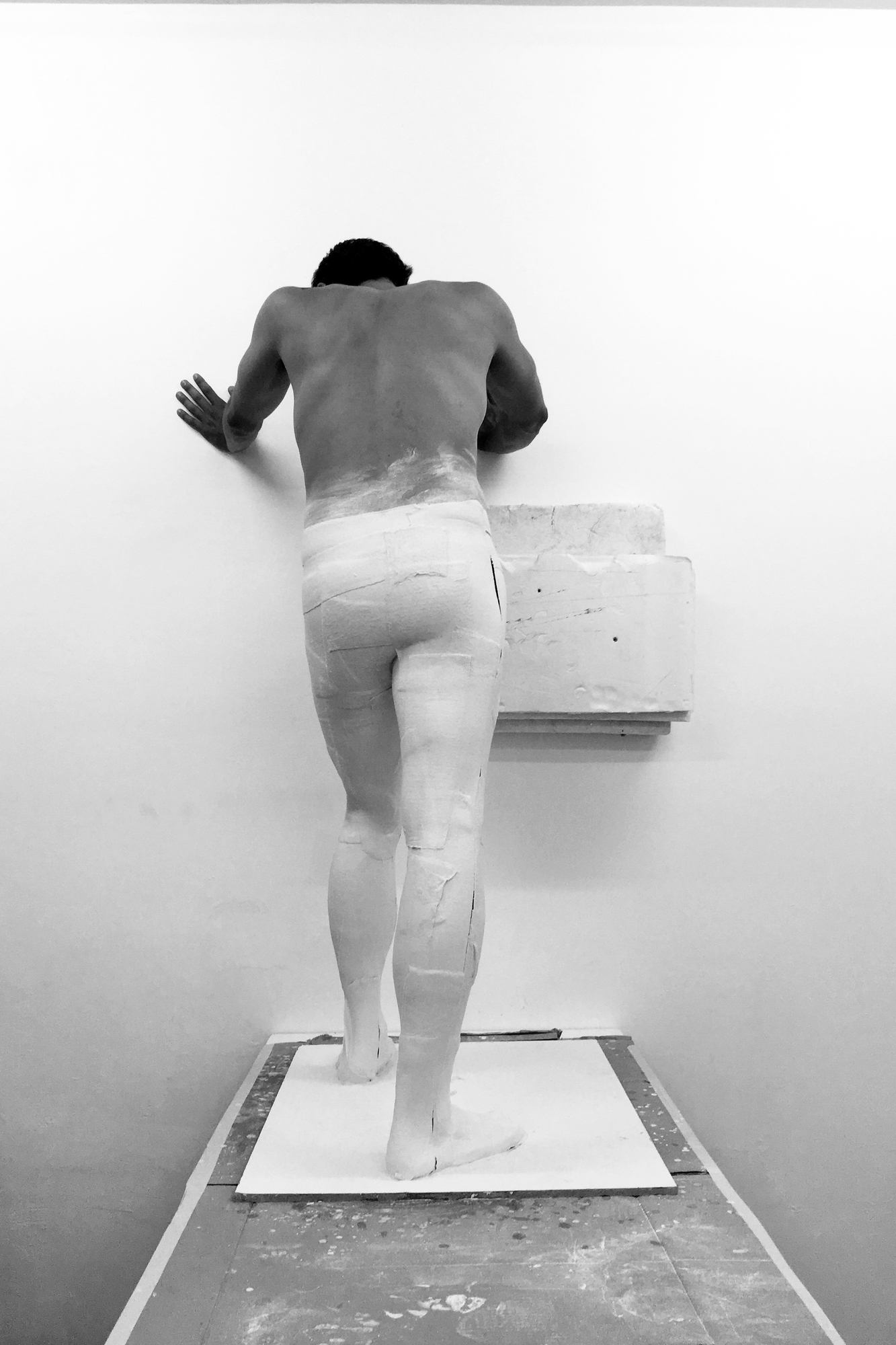