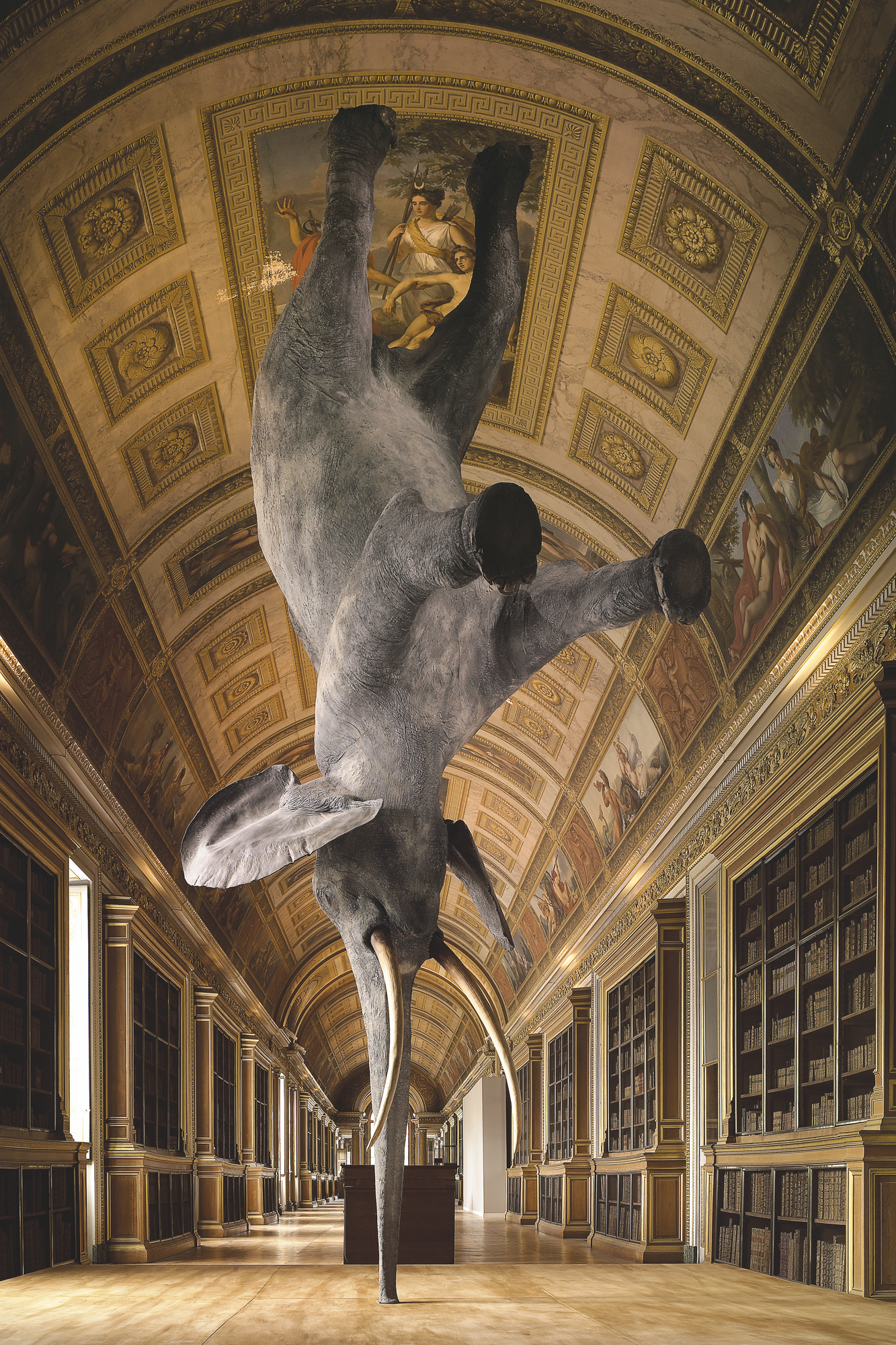 The Elephant series – one of the most emblematic artwork series by Daniel Firman – is a specific interpretation of space, not as physical reality but as the support of a vision. The body by its nature has gravity; it is fixed to the earth. The elephant is the heaviest of the land mammals, but here it is a counterpoint that interrogates the sticky surface of the ground. Indeed, it anticipates a world that exists in another space, like this one but without gravity. The sense of space is modified by what Firman has called a « gravitational disturbance », a phenomenon by which notions of up and down, horizontal and vertical, are thrown out of kilter. The animal in itself is not a work of art, it acts as an instrument of information for modifying one’s perception of the space it occupies. As he always does with his sculptural practice, Daniel Firman creates a presence which questions the perception of the spectator, the constant relation between the feel (the proprioception) and the sensory (the senses).

The Elephant trilogy positions the body of the animal in three impossible or improbable postures and movements, touching one of the three architectural planes, the synthesis of the cube: the ground, the wall and the ceiling. It suggests the confrontation of a dynamic principle and a static situation, a paradoxical condensing of powerful movement and body. Daniel Firman’s performative sculpture suspends a moment in time and pauses a gesture. Propulsion and fixity account for the eccentric position of the animal. 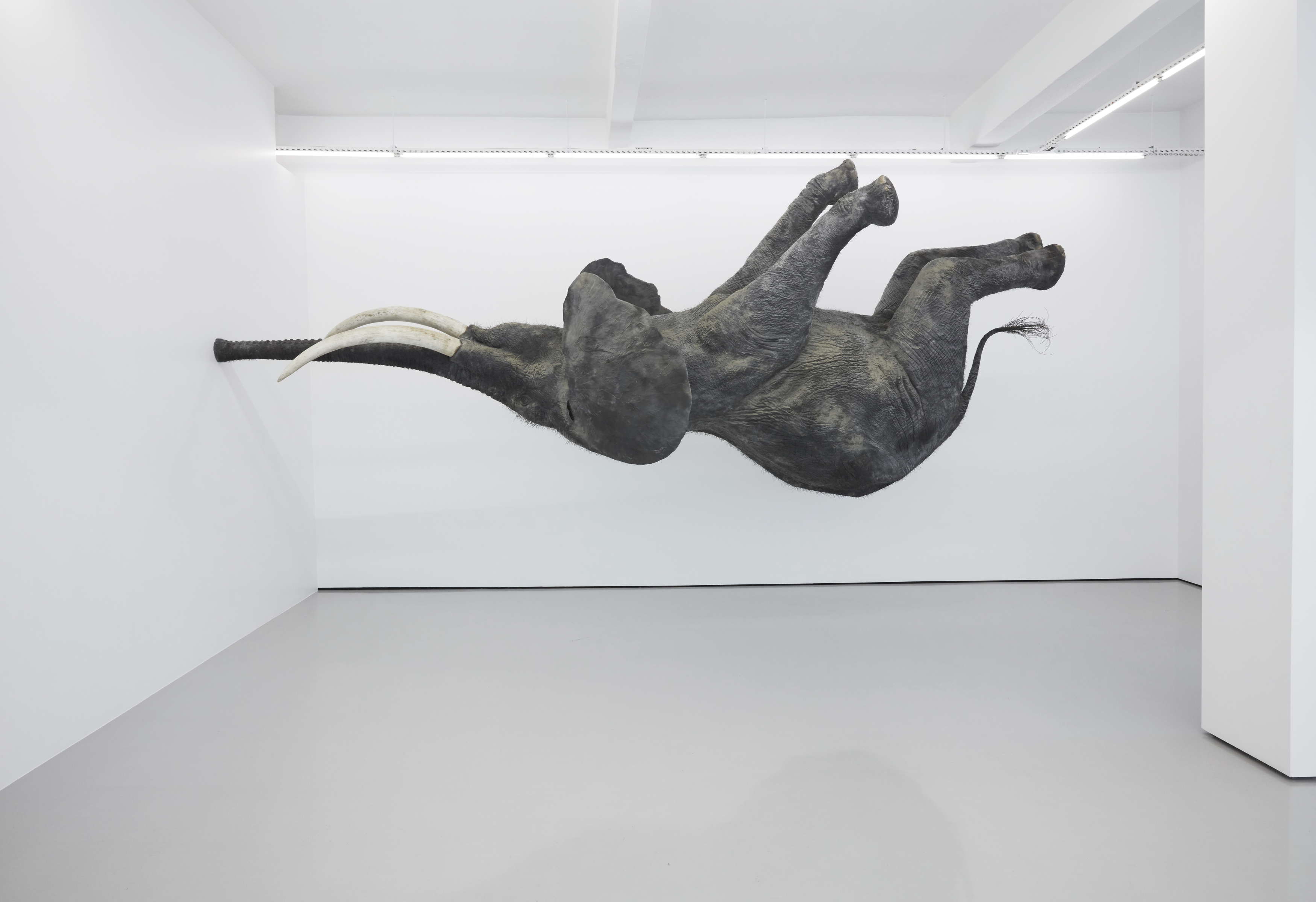 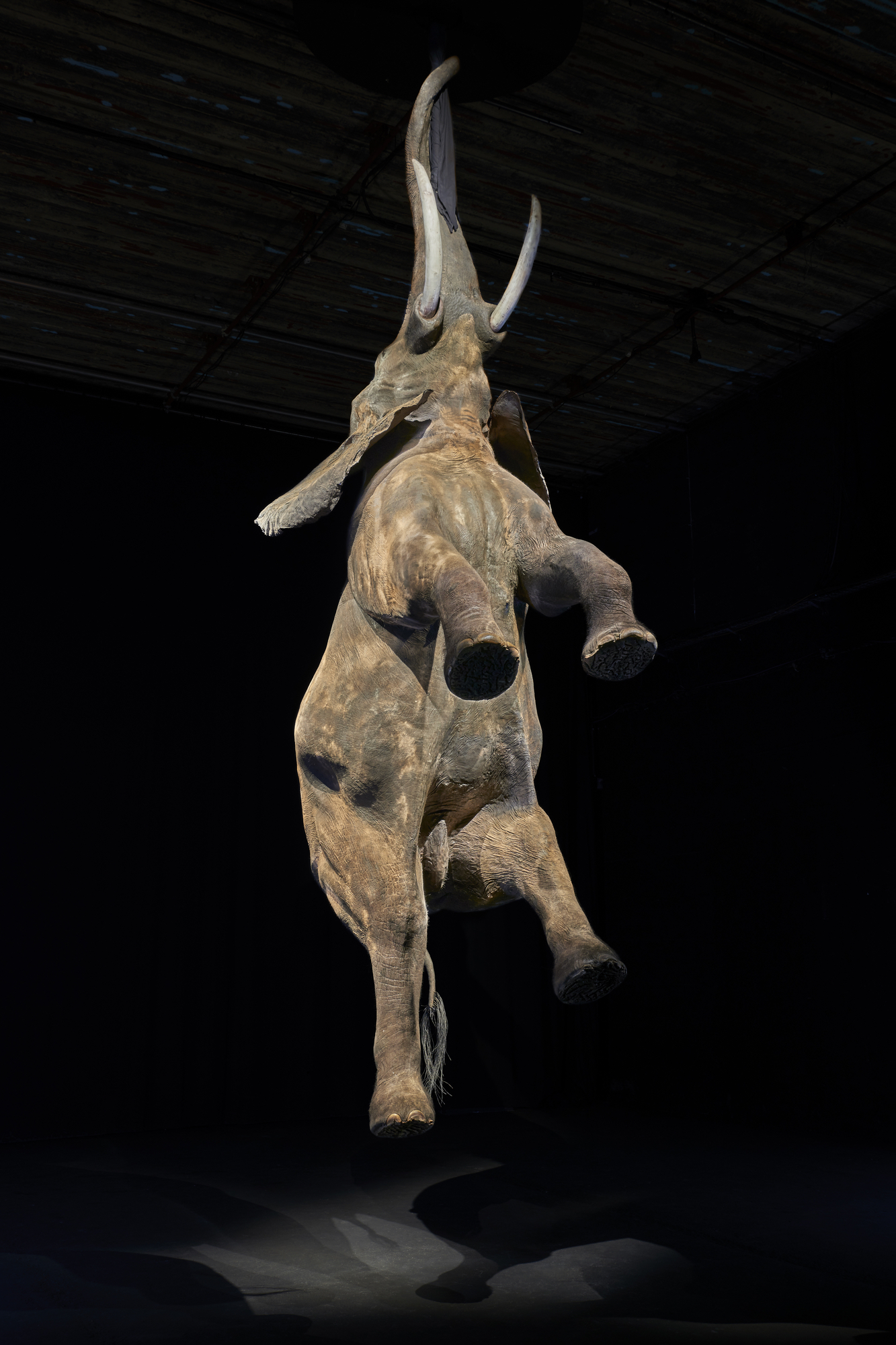