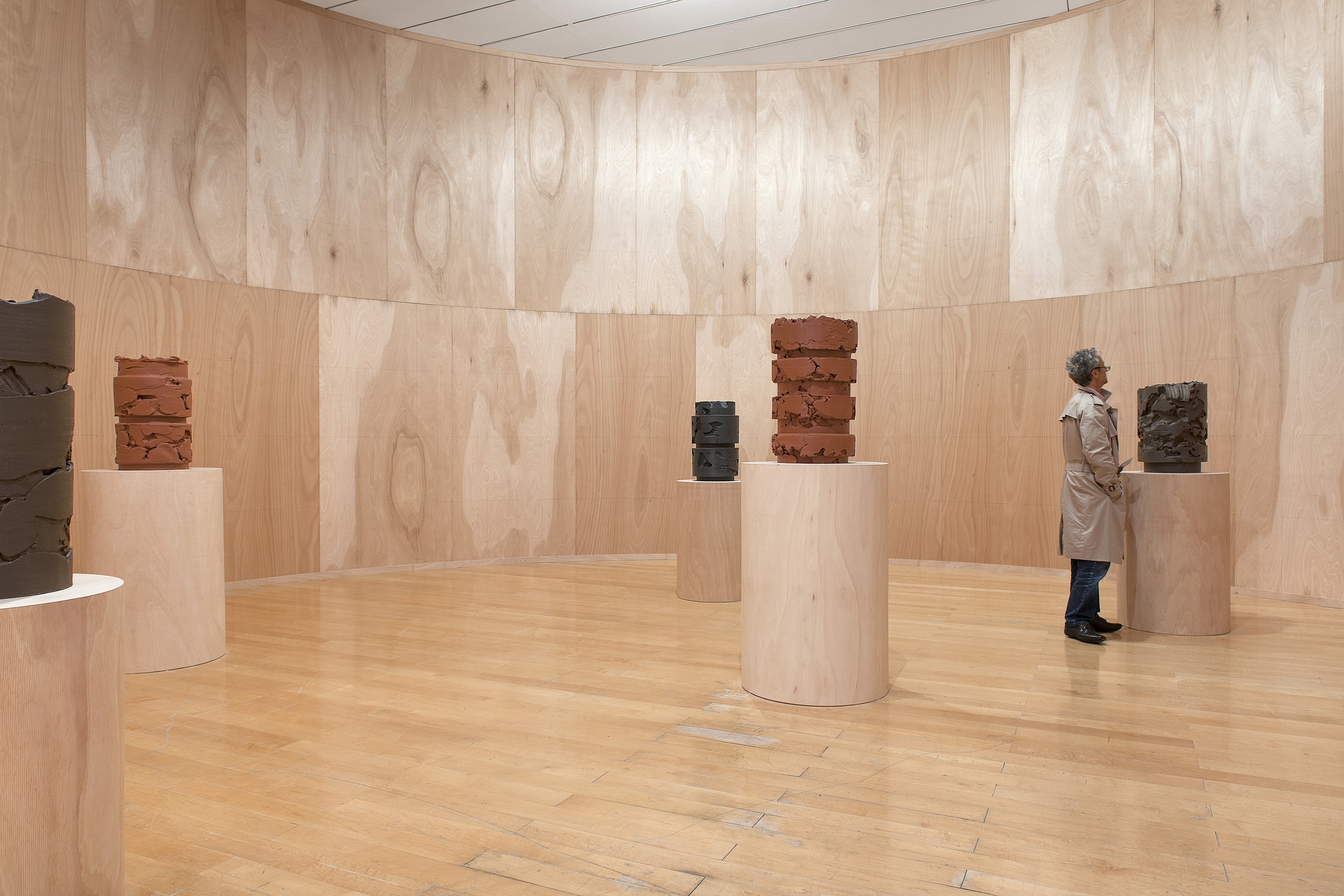 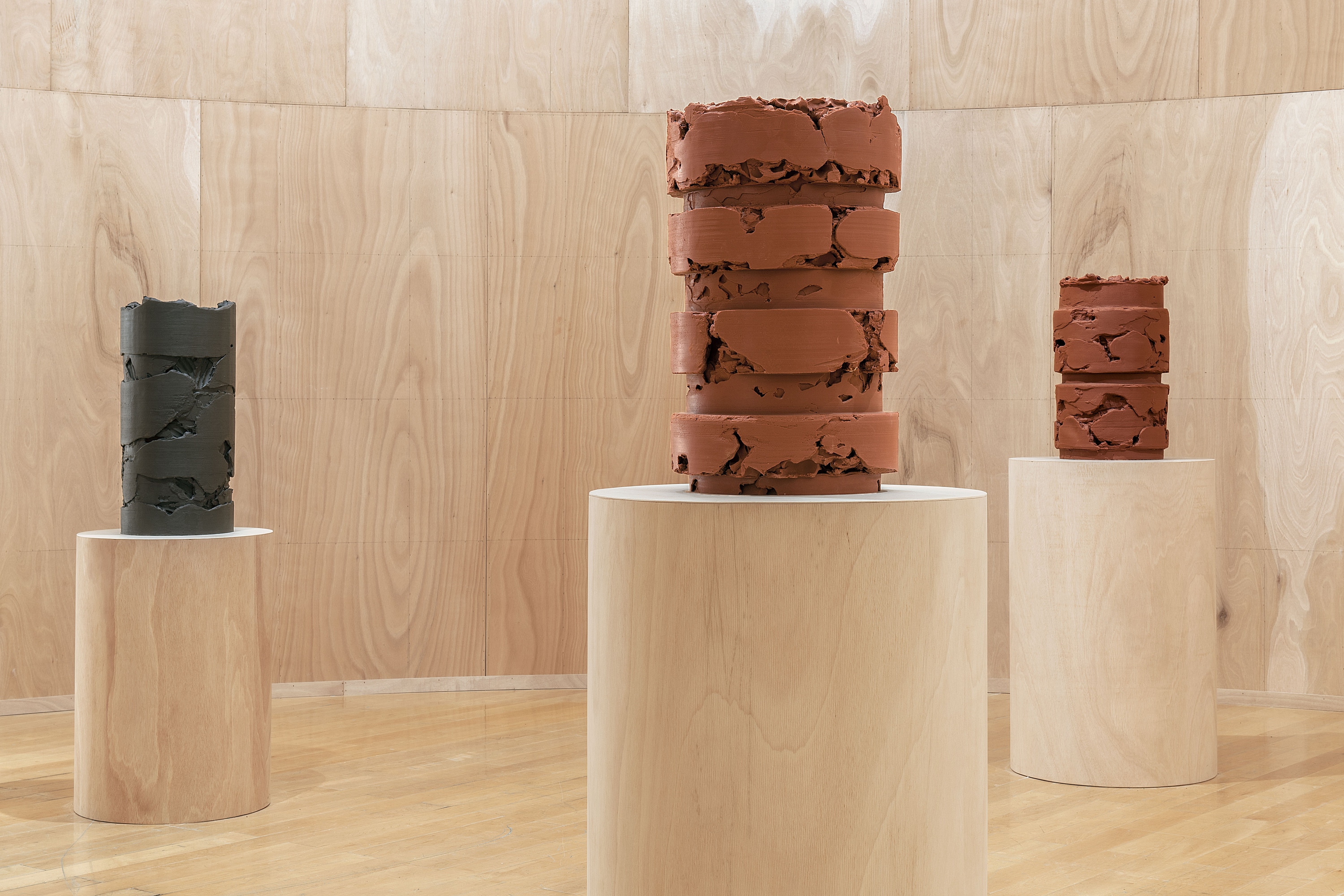 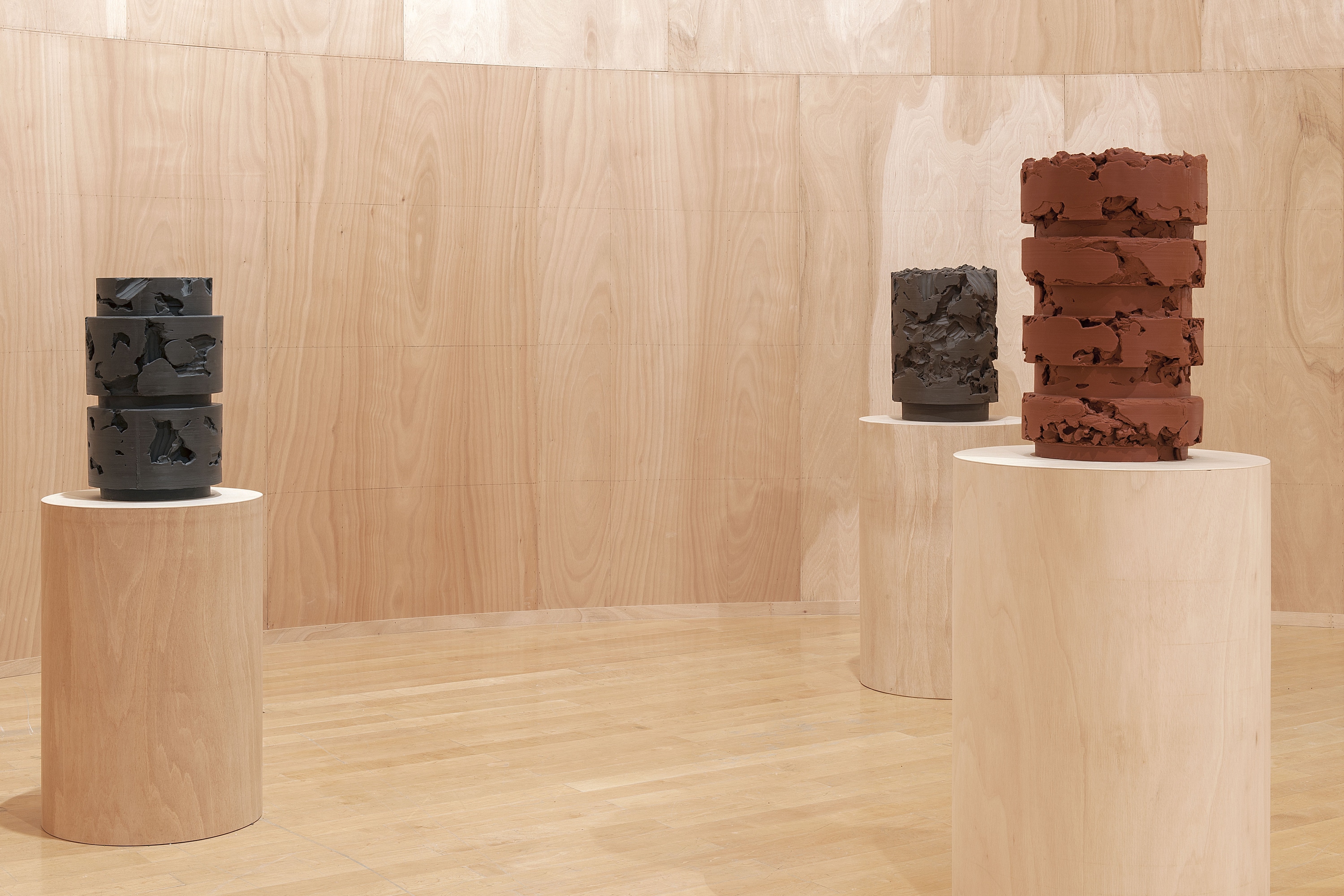 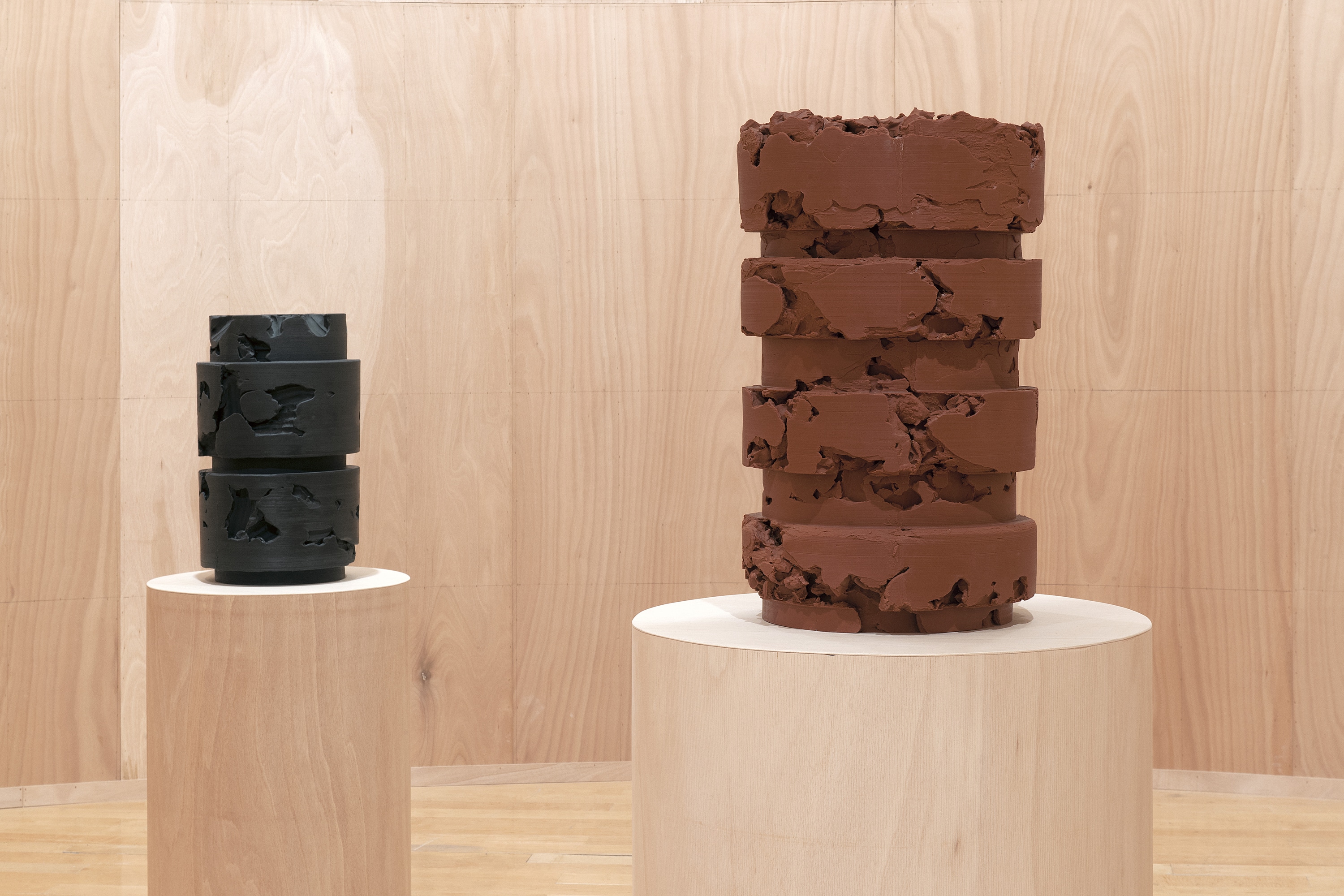 Je tourne autour de la terre, entre terre et bakelite (I turn around the earth, between clay and bakelite) series was made on plinths using a machine that inverts the potter’s wheel. The plate on which the lump of clay rests does not move but the motorised seat is fixed to the axis of the wheel and can be controlled to turn at a maximum speed of 33 revs per minute. Reversing the technical logic which, traditionally, has the clay turning in the hands of the potter, Daniel Firman’s machine has the potter turning around the clay. The Je tourne autour de la terre, entre terre et bakelite sculptures are the result of this state of extreme imbalance in the body in relation to the lump of clay which the artist is attempting to ‘inform’. There is an inversion of the dynamic agent and the stationary mass. Nevertheless, in this work it is the whole process of production that is subverted. The spectators thus move around the sculptures in similar fashion to the body of the artist turning on his seat. The spectators’ circular movement is already suggested in the object, with the artist’s and the spectators’ rotary movement linked by an intermediary element, ‘programmed’ to take account of these two ways of being ‘on the wheel’. 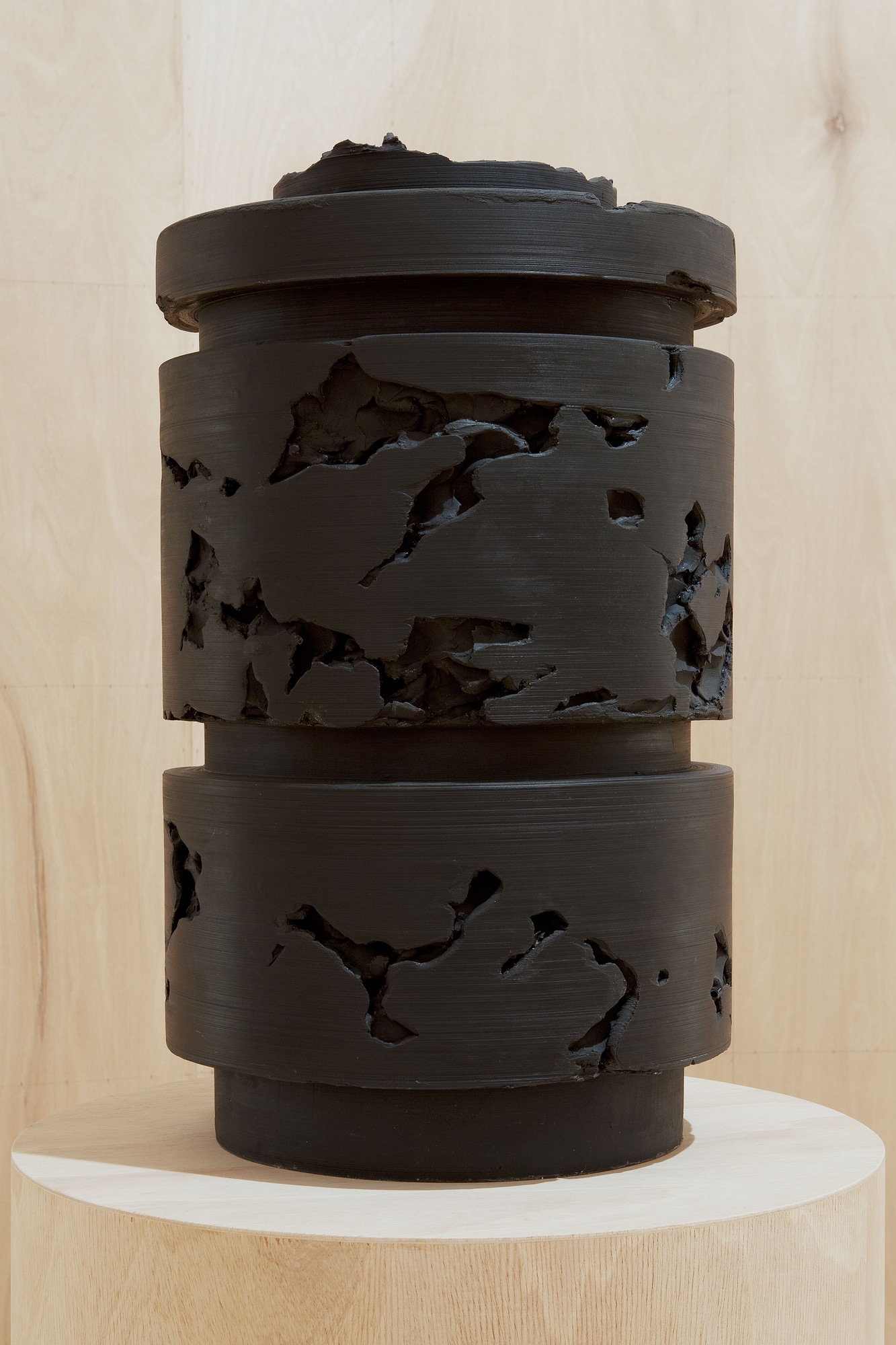 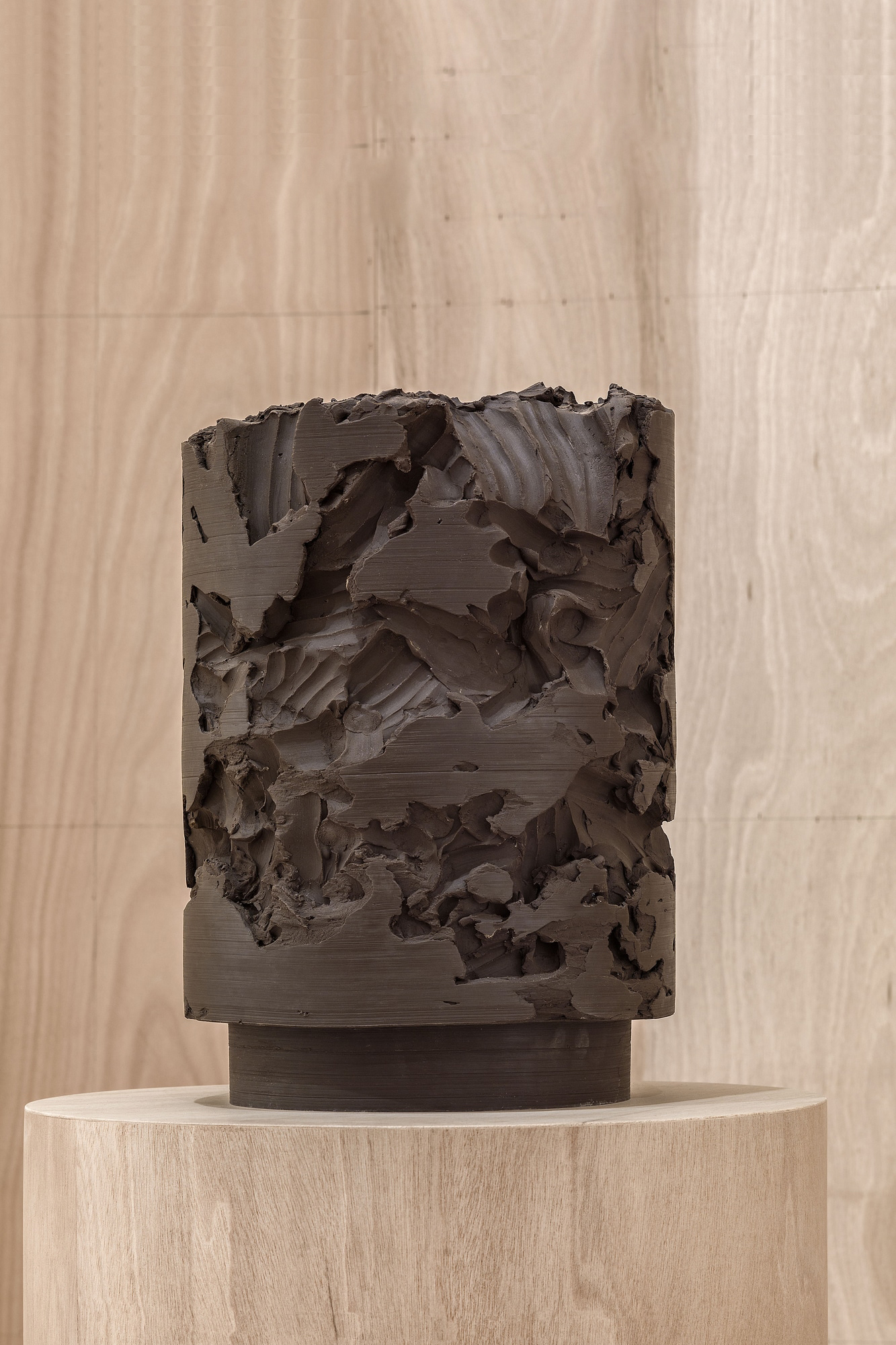 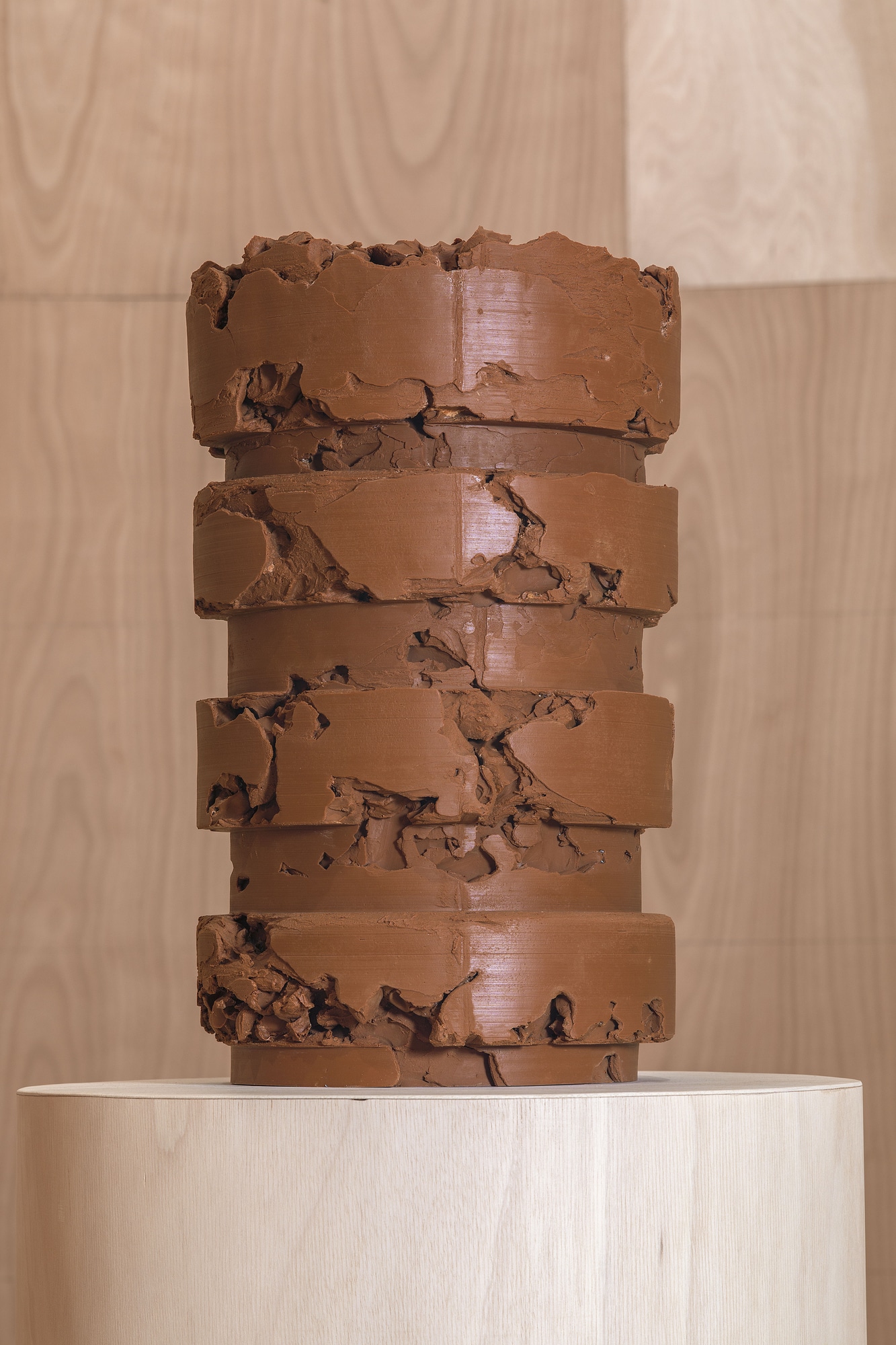 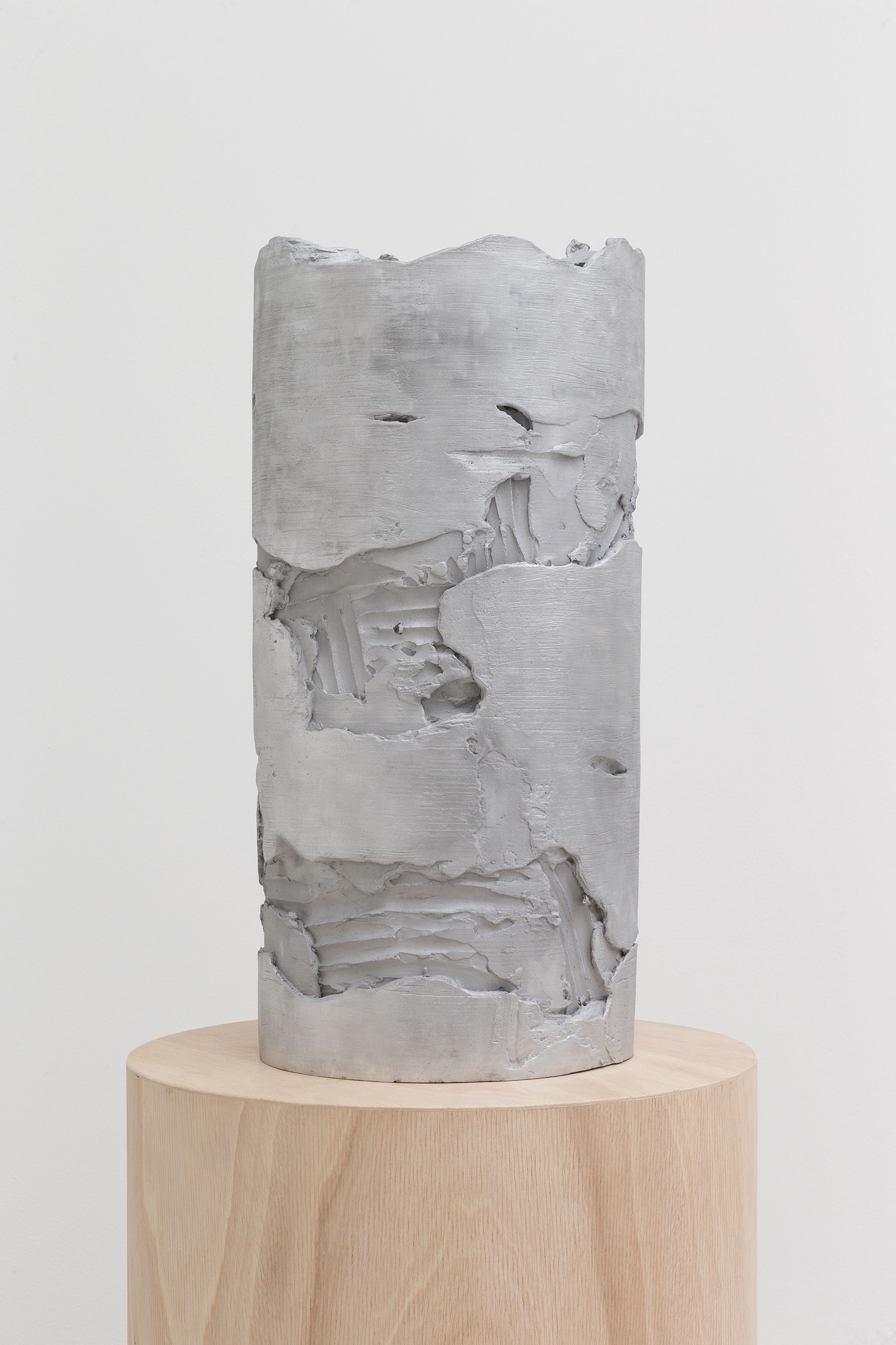