Within the cycle of the lungs’ movements, there is a brief pause between breathing out and breathing in, a particular moment when the respiratory flow slows down to an extreme degree before picking up again. Daniel Firman’s works seem to lodge themselves inside this quality of duration, in a time that has not so much been abolished, but suspended. If it is sculpture the artist presents, what he shows is not frozen, nor inert through immobility, but rather reveals movements in a pause mode.

His works are constantly brought to life by contradictory currents, something that is clearly demonstrated by some of the titles: Scattering-Gathering, Push-Pull, Autoreverse. These fertile antagonisms feed the creative process: there is a to-and-fro between positive and negative through the moulding of a single form (Mouvement, 1998; Modelé avec la langue, 1996); there are spectacular balancing acts that defy the force of gravity. Occasionally, in an inversion of classical sculpture, what ought to be the subject of the work becomes the base and the base becomes the subject (Gathering series, since 1999; Excentrique, 2005; Déflagration, 2006). The latent presence of opposite poles generates energy and produces activity.

Directly represented or not, the body is at the centre of Daniel Firman’s work. Thus, Gathering stems from a performance. Once lived in vivo by the artist, the experience of accumulation is retranscribed into sculpture. There would appear to be a strong connection with practices of the 1960s and 1970s, when the body was used not as a subject but as a medium. In videos of his actions in the late 1960s, Bruce Nauman can be seen using his body as a tool for surveying a site or testing the pull of the earth by placing his feet on the ceiling, his head upside-down. We find exactly the same preoccupations in Daniel Firman’s work, which explores the notion of balance and the position of the body in relation to its psychological, physical and social environment.

The systematic absence of a face, hidden by objects or clothes, makes these figures anonymous and standard. Beyond their metaphorical and universal evocation of the submerged contemporary world, it seems these works possess a particular characteristic: they act as catalysts for situations or processes.

Time is enriched with a plastic and bendable dimension. Utopian spaces are created, quiet and hidden within these suspended interstices. One might then imagine a certain balance there in spite of the profusion, the invisible appearing, the visible disappearing – in short, a space where one can choreograph a course to make the world practicable. 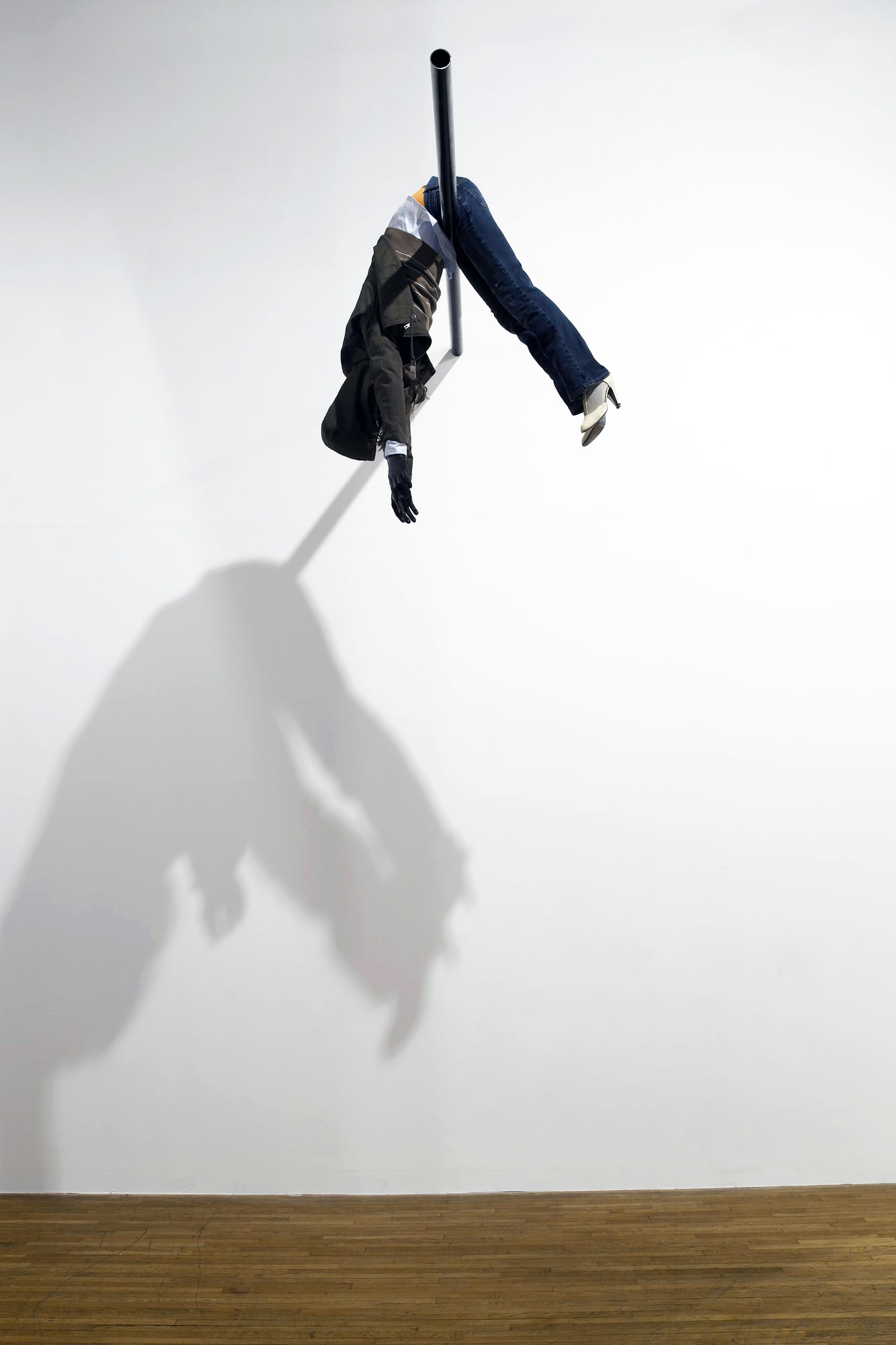